HOW NATIVE AMERICAN ARTISTS ARE GETTING THE MARKET BOOST THEY NEED

Photo by Max McDonald. Courtesy of We Are The Seeds. 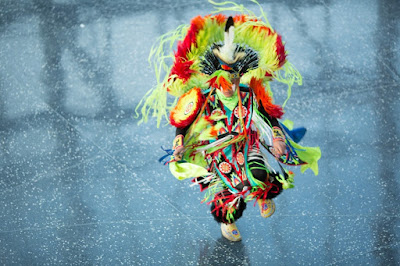 Check anyone’s Instagram feed from Coachella this year (or last, or the year before) and you’re likely to see feathers, beads, and moccasins. Urban Outfitters sold Navajo Hipster Panties. And the Santa Fe Indian Market (SWAIA) drew more than 175,000 people since 2014, who collectively spent $140 million, up from $100 million in 2007, according to Nocona Burgess, current SWAIA artist and former board member.
Clearly, there’s a demand for the Native American aesthetic—so why do so many Native Artists have trouble connecting with the market?
The answer is complex. Native Americans have experienced a long history of dispossession and marginalization from the earliest days of the American settler project. But a number of nonprofits working across the Midwest and the Northeast are working to help Native American artists connect with the growing market for their work, helping alleviate poverty and support their craft and artistic traditions.
They have a steep road ahead: In 2014, 28.3 percent of all single-race Native Americans were living in poverty, the highest rate of any race group, according to the U.S. Census Bureau. The average income for a Native American household was around $37,000 in 2014, 30% below the national average of $53,000.
First Peoples Fund, a Rapid City, South Dakota-based nonprofit fellowship program, first identified the arts as an “economic engine” for Native communities in 2013, when the fund conducted a market study on working conditions of Native Americans on reservations across the country. It found geographic isolation and lack of business training were key obstacles for Native American artists and artisans hoping to make a viable living from their work.
For example, Damian Charette, a Crow and Turtle Mountain Chippewa printmaker, never learned about the business side of being an artist. Through Xico, a non-profit multidisciplinary arts organization that specifically aids Chicano and Native American artists out of Arizona, Charette was able to diversify his skill set to expand his work into arts management. He sells his own prints, but brings in additional income selling the work of other artists through Tortuga Press and Studio, a small print studio based out of Mesa, Arizona, that also does printmaking classes.
“Twenty years ago, [art] was my only source of income. Now, I have diversified my skills,” he said. 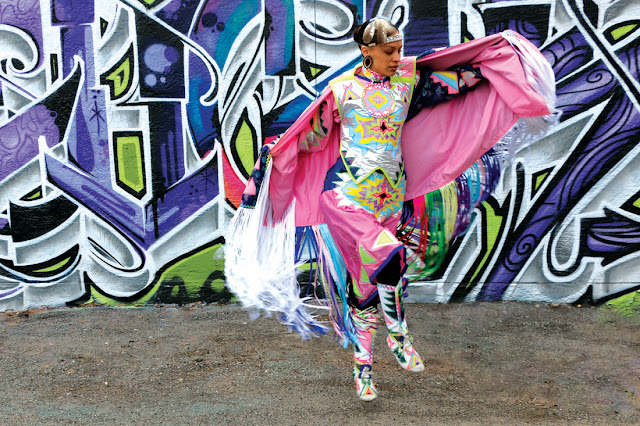 Finding outside economic opportunity and jobs can itself be a challenge for Native Americans, which is one reason why entrepreneurship holds such promise, if it can scale. First Peoples Fund found, for example, that 80 percent of the people on South Dakota’s Pine Ridge Reservation for Oglala Lakota Native Americans are unemployed. But of the 20 percent who are working, more than half are self-employed in household enterprises, the overwhelming majority of which are traditional art enterprises, according to First Peoples Fund.