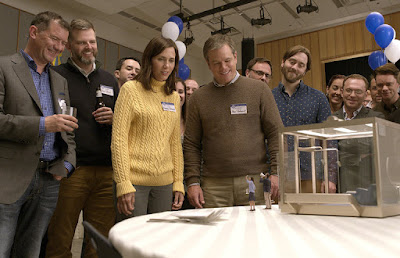 Kristen Wiig and Matt Damon in “Downsizing,” playing a couple who join a project to miniaturize humans and as a result take up less space on the planet. Credit 2017 Paramount Pictures

Here are a few of the much-anticipated highlights of the 74th Venice International Film Festival — a mix of big and small films, beginning with the one that will be shown on opening night.
Alexander Payne, the director of “Nebraska” and “Sideways,” takes on a science fiction premise about the problem of overpopulation. Matt Damon and Kristen Wiig star as a couple who join a project to miniaturize humans and as a result take up less space on the planet. Mr. Payne’s pedigree promises a dramatic focus on the characters rather than on novelty computer-generated imagery (or C.G.I.) — though micro-Damons do appear likely.

Argentina’s Lucrecia Martel emerged as a leading auteur in the 2000s with “The Holy Girl” and “The Headless Woman,” but cinephiles have had to wait nearly a decade for her next feature. Set in colonial-era South America, Ms. Martel’s first historical drama adapts the beguiling 1956 novel “Zama” by the Argentine author Antonio di Benedetto. The story centers on a frustrated official of the Spanish empire who is marooned in a dead-end post — a scenario ripe for Ms. Martel’s visually innovative brand of psychodrama. 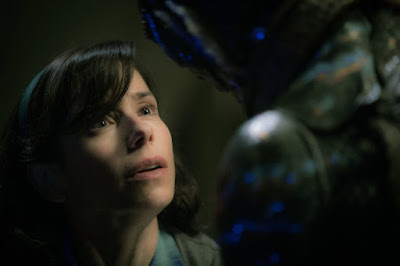 Sally Hawkins as a mute worker who bonds with a creature in “The Shape of Water.” Credit 2017 Twentieth Century Fox Film. Photo by Kerry Hayes.

Mother!
Most movies directed by Darren Aronofsky (“Black Swan”) build to a hallucinogenic sense of reality, and his latest pulls no punches: It’s explicitly billed as a psychological thriller. The story may suggest a standard horror concept — a peaceful home is troubled by menacing visitors. But Mr. Aronofsky is not a filmmaker who lacks ambitious vision (see: “Noah”). Jennifer Lawrence stars alongside the readily unnerving Javier Bardem, Ed Harris and Michelle Pfeiffer.
The new film from Abdellatif Kechiche, director of the succès de scandale “Blue Is the Warmest Color,” made headlines in trade publications before it was even finished. According to a Hollywood Reporter account, for example, Mr. Kechiche clashed with a financier after delivering not one film as agreed, but two. After parting ways, the director put up the Palme d’Or he won at Cannes for “Blue” to raise funds. Venice is showing the first of Mr. Kechiche’s two films, featuring a cast of first-timers. The chronicle of a young man visiting his hometown in southern France begins what the director views as “a broader family saga.
Completing a troika of high-profile genre experiments at Venice is the latest darkly fantastical yarn from Guillermo del Toro (“Pan’s Labyrinth”). In a Cold War government laboratory, a fish-man creature is being kept under wraps. Sally Hawkins turns on her ray-of-sunshine warmth to play a mute worker who communicates and bonds with the creature. Not everyone is O.K. with that.

Caniba
One of the most dazzling and formally adventuresome documentaries of the past decade was “Leviathan,” directed by Lucien Castaing-Taylor and Véréna Paravel. Their new nonfiction endeavor focuses on the Japanese cannibal Issei Sagawa, who was arrested on charges of murdering and eating a Dutch classmate in Paris in 1981. In France, he was found to be insane; deported to Japan, he has been free. Mr. Sagawa made a living writing novels and Japanese-style comics. Here he appears with his caretaker, his brother, in what the directors call “a fresco about flesh and desire.”