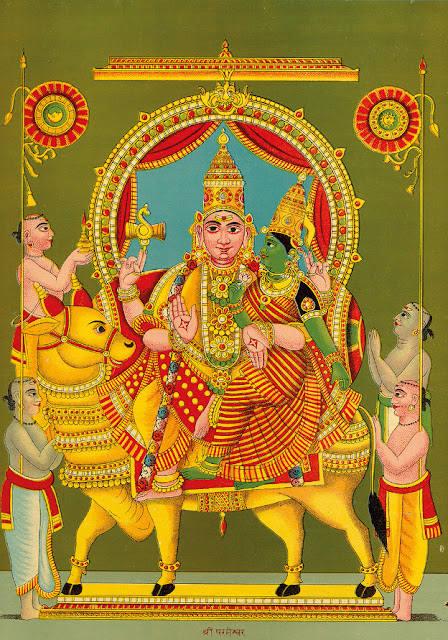 ‘Paramesvara’. Popular print of Shiva and Parvati on Nandi. South India, printed in Mumbai, mid-20th century. Given by Claudio Moscatelli.

This display is part of the Museum’s contribution to the India–UK Year of Culture 2017. It looks at the popular print culture of India from the 1880s until the 1950s.

Since the late 1800s, prints have been produced in India using a variety of techniques. The low cost of these prints ensured their wide distribution and many were used as advertisements. However, despite being made in large numbers their ephemeral nature means that few have survived. The subject matter was highly varied but political and religious subjects were always popular and this is reflected in the title of the exhibition.

This small selection of prints comes from a much larger group of printed Indian imagery generously donated to the Museum by Claudio Moscatelli in memory of Nicholas Owston.