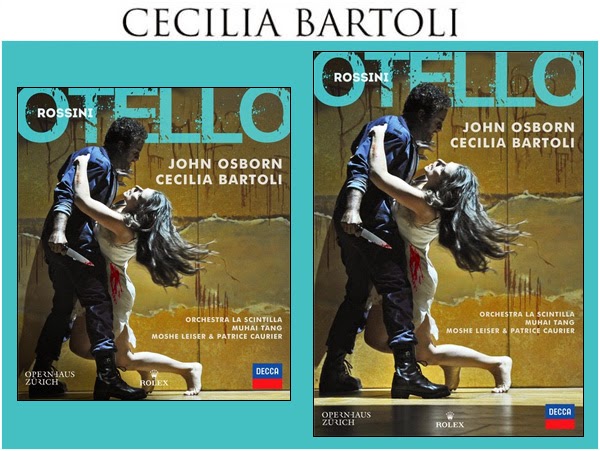 Cecilia Bartoli makes her long-anticipated debut in the role of Desdemona in Moshe Leiser and Patrice Caurier's new production of Rossini's Otello for the Zurich Opera House.

"Ms. Bartoli...displayed...the dazzling strengths that have characterised her work since the beginning. It is obvious that she has plotted out every musical and dramatic moment: every subtle diminuendo, every gesture. But her charm — those twinkling eyes, those powerful low notes — is such that the effect doesn't feel overly calculated."
The New York Times

"Zurich Opera stared down the mighty challenge posed by Rossini's Otello ossia il moro di Venezia, and knocked it out of the ballpark."
Operatoday.com

Rossini's unusual scoring of the drama calls for three tenor supporting roles - here sung to universal acclaim by long-standing Bartoli collaborators John Osborn and Javier Camarena and newcomer Edgardo Rocha. Bartoli's dramatic command and vocal presence dominate the stage and reveal her artistry to be entering a rich new stage of development. The disc is released in time for Cecilia's six appearances as Desdemona in Rossini's Otello at the Théâtre des Champs-Elysées in Paris from April 7th.
Publicado por alicia perris en 20:21