A NEW MOVIE ON MOHOLY-NAGY, INSPIRING ARTIST AND TEACHER 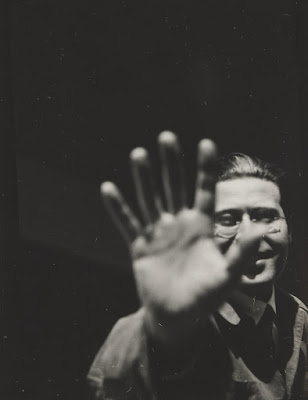 “My father decided to become an artist after the war,” shares Hattula Moholy-Nagy, the daughter of László Moholy-Nagy, “and then he met Gropius, and he went to the Bauhaus.” The quote is from The New Bauhaus: The Life & Legacy of Moholy-Nagy, a new documentary by Alysa Nahmias, that traces the artist’s journey from joining the Bauhaus in Weimar, Germany to founding the New Bauhaus in Chicago in 1937, after immigrating to the United States.

The Hungarian-born artist worked in so many media that it is hard to sum up his craft. From experimental photographer to graphic designer and metalsmith, Moholy-Nagy was also an influential teacher. In the 10 years that he spent in Chicago, he left a lasting impression on his students, creating an environment where art-making was a joyous, childlike, and mind-opening experience. The New Bauhaus foregrounds this chapter in the artist’s life, while also interviewing contemporary artists, including Olafur Eliasson and Barbara Kasten, who see Moholy-Nagy as a major influence on their work.

The film will have a national release in 2021, but in the meantime, mark your calendars: you can catch an early (and free!) screening on Friday, December 4 as part of FILM at LACMA. A conversation with director Alysa Nahmias will follow the film.