"Insect Artifice" is divided into two parts: one consisting of an intellectual biography of Joris Hoefnagel, and another, which analyzes Hoefnagel’s seminal work "Four Elements", a compendium of the known animal world. 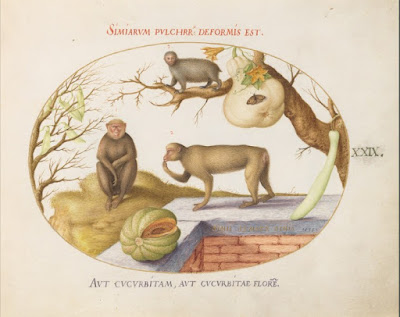 Insect Artifice, an illustrated study of the intellectual and artistic merits of 16th-century “(post-) Renaissance Man” Joris Hoefnagel, by Marisa Anne Bass loves to play with layered meanings, starting with the title itself. While “insect” refers to a section of Hoefnagel’s natural history masterpiece The Four Elements, the word “artifice” as Bass intends it has two meanings. The former is the more dated definition, which sees artifice in direct reference to artistry and ingenuity, the latter, more modern connotation refers to trickery and cunning. Turns out, Joris Hoefnagel embodied both meanings. A proponent of the art of emblems — the juxtaposition of picture and text containing a moral truth or an allegorical meaning — he was apt at playing intellectual games of interpretations with his colleagues, but he also used his ingenuity when it came to observing nature and its laws.

He was versed in painting, printmaking, miniatures, draftsmanship … oh, and merchantry. He is the one to thank for making floral still life painting an independent genre in Northern Europe at the end of the 16th century, and even his scientific-like drawings paved the way for later Netherlandish artists.

The son of a dealer of diamonds and luxury goods and the heiress of a mint master, Hoefnagel was supposed to enter the family business, and to that end received a comprehensive humanistic education with extensive travels throughout Europe. A seminal event in his life was the sack of Antwerp by the Spanish troops in 1576, when his family fortune was largely plundered, after which he spent the following years under the patronage of princes and emperors, his peregrinations motivated by avoiding persecution for his Calvinist faith.

Insect Artifice is divided into two parts. Part I, “The Hammer and The Nail,” consists of an intellectual biography of Hoefnagel, detailing his major life events, his mottos, and his place within the Netherlandish intellectual community which was majorly impacted by the Eighty Years’ War. Part II, “Nature’s Unmasterable Elements” analyzes Hoefnagel’s seminal work Four Elements, a compendium of the known animal world where reptiles and mammals belong to earth, fish and shellfish to water, birds and amphibians to air and, oddly, humans and insects to fire. Why this association, especially when it comes to equating humans and insects? “Insects make their own worlds,” writes Bass. “They crawl the earth, swarm the air and flit through water with uncanny agility,” and are the proof that “nature manifests her artifice in the minutest of things.”

The book is as elaborate as the works of Hoefnagel himself, who, given his proclivity for emblems, skillfully combined drawings, Ovid- and Virgil-inspired poetry, and mottos. All his life, Hoefnagel resorted to image making because he liked to investigate nature as an object and nature as the holder of ineffable power over the whims of humans and their fallible politics, especially in light of the political and religious upheaval then taking place both in the Low Countries and all over Europe.

Most of the time, Hoefnagel’s intricacy is pure delight. The chapter “Hoefnagel’s Shoes,” for example, describes the main mottos he employed in his works, interweaving their explanation with the life circumstances that motivated their use. Dum extendar, which means “until I am forged,” we learn, is both a nod to his last name, which means “nail (to affix)  a horseshoe” but also conveys the image of a man shaped by harsh circumstances — his flight from Antwerp after the ransacking and his reinvention as a court artist. His earlier motto natura magistra, “nature his mistress,” or “nature his teacher,” indicates the way nature, with its protean character, acts as a guide for the artist/intellectual to rise above the fray of current upheavals. Anyone who does not find Game of Thrones repugnant can find delight in this type of erudition. 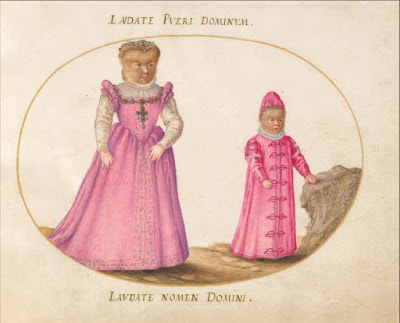 By contrast, Insect Artifice becomes quite hard to follow whenever another Low Country intellectual is introduced. While it’s true that Hoefnagel did not operate in a vacuum and that the mention of his amici, “friends,” is essential for comprehending the way he operated, it becomes challenging to keep track of the differences between, say, Abraham Ortelius (a cartographer), Lucas de Heere (a rhetorician, poet, and visual artist with a penchant for the motto damna docent, “harm teaches you”), and Emmanuel van Meteren, a historian. They are always mentioned, almost incidentally, within the description of Hoefnagel’s works, and whenever their names recur, the reader has to pause to recall where one read about them for the first time.

In all, while the visual portion of Insect Artifice can appeal to whoever likes botanical and naturalistic artworks with heavy use of line work (Brooklyn tattoo artists, I’m looking at you!), the written text requires a high level of humanistic education and erudition, and the reader might have benefitted from a little more handholding.