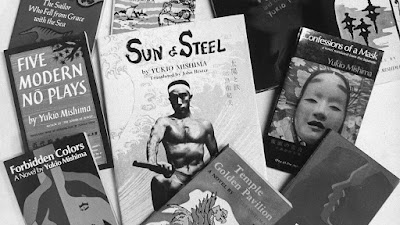 What makes Mishima’s international impact unique is the extent to which he has influenced many artists and intellectuals all over the world. Mishima has inspired works of art by film directors like Paul Schrader, Benoît Jacquot, and Lewis John Carlino; the Belgian choreographer Maurice Béjart, who dedicated a ballet to Mishima; and composers including Hans Werner Henze, Mayuzumi Toshirō, and Hosokawa Toshio, who wrote operas and other musical pieces on the basis of his works. Dancers and artists of the avant-garde have also created memorable works. Theater directors from Robert Wilson to Ingmar Bergman, Andrzej Wajda, and Ferdinando Bruni have staged Mishima’s dramas over the years, making him the most frequently performed Japanese playwright on the global stage. He has also inspired such writers as Marguerite Yourcenar, José Luis Ontiveros, and Henry Miller, along with psychologists and cultural critics like Hélène Piralian and Catherine Millot, to write book-length essays on him.

This fragmentary list of Mishima as an inspirational source could be complemented by an even longer catalogue of writers who have, directly or indirectly, taken up motifs, plot elements, or other aspects of Mishima’s writings in their own. Within Japanese literature, some of the most prominent figures are Shimada Masahiko, Hirano Keiichirō, Itō Hiromi, and even Ōe Kenzaburō. And inspirations from Mishima’s literature, or what could be called the “Mishima myth,” can also be traced in works of Russian, British, American, Belgian, Korean, Taiwanese, German, and other literatures.

Sooner or later, everyone dealing with this author is confronted with a problem, though: Are we talking about Mishima’s literary creations, or are we dealing with the myth around his persona, which the author himself consciously and cleverly contrived over the years, culminating in the performative act of his ritual suicide in 1970? In hindsight, it seems that with his leading role in the film version of his 1961 novella “Yūkoku” (“Patriotism”), in 1966, he pre-acted this gruesome scene. The film, which he also directed, carried the English subtitle “The Rite of Love and Death.” It had Richard Wagner’s “Liebestod,” from his opera Tristan and Isolde, as constantly running background music. And with its black-and-white aesthetic constructed with strong references to the nō theatre, it presented a condensation of some of his aesthetic ideals and paved the way, as did so many of his other eccentric activities and statements, for a blending of the person and his creation in the eyes of the public. Thus, the Mishima persona grew into a Mishima myth, in turn producing what has been termed the Mishima problem—namely, the difficulty of disentangling the person from his work. While scholars of literature will not tire to remind us that we should never confound a fictional character with his creator, this perhaps turns out to be one of the secrets of Mishima’s enduring and global impact. When he made himself into the Mishima persona, he succeeded in creating a myth around his person, to the effect that he lives on and produces interest in his works through this complex and compelling mélange.

True, we may suspect that his international impact is also due to the multicultural rooting of his own creativity. Mishima himself has stressed his commitment to a multitude of literary and cultural traditions and canons, from classical Greece to fin-de-siecle symbolism, from Buddhism and theatrical genres of premodern Japan through twentieth-century French or German literature, or from Yamamoto Jōchō and his samurai ethics to the Japan Romantic School through Nietzsche and the Eastern European authors of the 1960s.

But when we observe how recent international artists create installations and paintings echoing Mishima’s works or referring to his aura, it becomes clear that the younger generation may not be drawn to him by his literature in the first place. There are examples like the 2009 event at the Naoshima Art Site in Kagawa Prefecture, when a young artist dressed up as Mishima and mimicked Mishima’s last speech before his suicide. Or there are videos of artistic intent on YouTube, which tap into the rich reservoir of Mishima photographs in all phases of his life, with a stress on his body building and martial arts, letting them stand against an acoustic carpet of heavy metal or punk music. All these videos reveal a fascination with Mishima, which obviously persists and is fed by the myth which Mishima himself began to build around himself while he was still alive.

Claimed by many different groups as their figurehead and hero, be they neoconservatives, nationalists, neofolk musicians, body-builders, or LGBTQ people, Mishima has grown into an icon of global scope. First and foremost, however, he remains a constant, if controversial, source of inspiration in the field of literature. Two random examples demonstrate the case.

Swiss author Christian Kracht, born in 1966, is an internationally acclaimed representative of his generation with the image of a pop literature writer, but one who plays with postcolonial and other historical problematics in a highly ironical style of literary pastiche and an unpredictable blend of fact and fiction. His novel Die Toten, published in 2016—The Dead in the English version that came out in 2018—is set in Japan, mainly Tokyo, and Berlin in the early 1930s, with a final chapter in Hollywood. The story is about a high-ranking Japanese officer whose cultural-affairs mission is to form a “celluloid axis” between Germany and Japan to beat back the burgeoning dominance of American film. Throughout the whole book, the author skillfully refers to and blends into the plot various episodes from Mishima novels, which may escape many Western readers not familiar with, say, Confessions of a Mask, The Temple of the Golden Pavilion, or Gogo no eikō (The Sailor Who Fell From Grace with the Sea). Kracht’s novel sets out with a scene reminiscent of “Yūkoku” and Mishima’s seppuku act, and later in the plot, the protagonist, in a bizarre scene, hits upon a writer with unmistakably Mishima connotations. There is a constant subtext pointing to Mishima in this novel, which deliberately and ironically mixes realism and artificiality, surrealism and meticulously researched archival material in an elaborate, eloquent, and somewhat old-fashioned style.

Or take the Haitian-Canadian author Dany Laferrière. Born in 1953, he is a writer of worldwide esteem and one of only two authors of non-French citizenship elected as members of the Académie française in 2015. It is somewhat surprising, if not altogether bewildering, to come across his 2008 novel, Je suis un écrivain japonais, or, as the 2011 English translation has it: I Am a Japanese Writer. In this book, like in Kracht’s, we are confronted with copious references to classical as well as contemporary Japanese writers, beginning with a Bashō haiku as a motto and continuing with the usual suspects, above all Mishima, Tanizaki Jun’ichirō, and Murakami Haruki. The Temple of the Golden Pavilion is the source of a number of imbroglios on several levels of the story. And The Sailor Who Fell From Grace with the Sea is another acquaintance, as is Mishima the man in a chapter titled “Manga Death.”

In both of these books, references to Mishima are not necessarily affirmative. On the contrary, in their weird mix of exaggeration and deconstruction, they elevate and ridicule their Mishima motifs at the same time. But even in the case of Laferrière, whose references to Mishima are more acid and totalizing, albeit more superficial, the Japanese author does not lose his status as a model of sorts. Both books are typical postmodern slippery and glossy creations. Yet they show how there seems to be a strong interest in his literature again—a new level of turning to and fascination with his artistic production. This use of his work transcends the once prevailing thought, which either scrutinized his works for traces of ultraconservatism and militarism and addressed them only as samples for ideological-critical analysis, or as an icon of certain subcultural trends, which favor the bizarre as well as the cult of blood, manliness, or kitschy juvenile romances, when manga and anime productions tap his popular productions.

Mishima as a Total Artwork

Mishima can certainly be regarded as a total artwork, encompassing his artistic creations as well as his lifestyle, and it may well be that he was intent on blurring the categorical borders between his life and his fictional outpourings for us. That Mishima the man has served as a model in quite a number of contemporary works of art can certainly be regarded as one of his accomplishments, a result of his strategy to leave an impression, however ambivalent its contours. And we even have to admit that in his self-stylization and strategic use of various media and formats for the public dissemination of this image, he anticipated basic features of our narcissistic zeitgeist.

Paradoxically speaking, what unites Kracht’s and Laferrière’s texts and many other works is that irony and ridicule seems to be their postmodern way of taking Mishima seriously. Mishima has grown into a powerful icon producing meaning far beyond a single text. And given the abundance of works that wait to be rediscovered, we can expect that through new translations and new creations by writers and artists in all contemporary domains and media, he will be around for some time to come. Last but not least, the future of this writer on the global stage will be ensured by his continued controversial image.