A TERRIBLE COUNTRY BY KEITH GESSEN. A REVIEW – PERCEPTIVE PORTRAIT OF RUSSIA 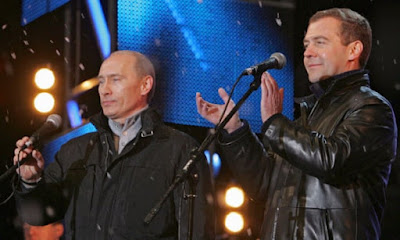 There seems to be an unwritten law of publishing that says books about Russia and the former Soviet Union must have the gloomiest possible titles: , , Lenin’s Tomb, The Harvest of Sorrow, . Russian writers started it, of course, back in the 19th century, with Demons, Dead Souls and The House of the Dead. From its title and the pedigree of its author, who translated Svetlana Alexievich’s searing Voices from Chernobyl, you’d think A Terrible Country might resemble the works of PG Wodehouse’s fictional writer Vladimir Brusiloff: “grey studies of hopeless misery, where nothing happened till page three hundred and eighty, when the moujik decided to commit suicide”.

In fact, Keith Gessen’s second novel is a very funny, perceptive, exasperated, loving and timely portrait of a country that its author clearly knows well. It tells the story of Andrei Kaplan, like Gessen the US‑raised son of Russian émigrés, who goes back to Moscow to take care of his octogenarian grandmother, Baba Seva. It’s 2008 and Andrei is 33, a likable nebbish who’s just split up with his girlfriend and is failing to get traction in his academic career. An expert on Russian literature and history, Andrei lacks the steely focus and aptitude for specialisation that impresses hiring committees. One of his less noble motives for going back to Moscow is to mine his grandmother for research material. Or, as his academic adviser puts it: “She’ll tell you stories about the USSR. You can weave them in and out of a tale of modernity. That shit is gold, my friend. People love that shit.”

This plan is immediately thwarted: Baba Seva has incipient dementia and can barely remember who Andrei is, never mind recall thesis-friendly episodes of 20th-century Soviet history. “This is a terrible country,” she tells Andrei on his arrival, which becomes her catchphrase. “Why did you come back?”

Over a series of chapters with titles that play with the conventions of 18th- and 19th-century novels – “I get sick”, “Shipalkin foils my plans”, “My grandmother falls down the stairs” – Andrei relates the comic indignities of his new life with winning, informal candour. His fluent Russian and obligations to his grandmother draw him into corners of the vast city that outsiders never penetrate. He plays ice hockey matches in Moscow’s interminable suburbs, tries to get a date, is forced to rely on the fragmenting healthcare system, and meets young, broke Russians making their lives in a ruthless city that worships wealth and power. He surprises himself by disliking the well-off Russian liberals he meets at their informal headquarters, the cafe Jean-Jacques. “It turned out they hated Russia. They sort of lived here. But they sort of lived somewhere else.” They in turn look down on impoverished Andrei. “I don’t think you’re cut out for this,” one tells him. “For Russia.”

Russia is a complicated subject, but Gessen combines astute analysis with a disarmingly goofy prose style: “This place sucked. And it sucked in a completely different way from the one I’d been led to expect. What happened to the scary dictatorship? What happened to the bloodthirsty regime? I thought I was going to be arrested, but no one was going to arrest me. No one gave a shit about me. I was too poor for that.” In fact, Andrei’s experiences in Moscow will go on to overturn many of these perceptions – not least that no one is going to arrest him.

The refreshingly artless writing belies a deep understanding of Russia, its history and literature. Andrei digresses enlighteningly on Russian as a literary language, swearing, taxis, plumbing, ice hockey and the role played by global oil prices in the breakup of the Soviet Union. What’s more, the novel itself seems shaped by the country’s antecedents. Its mordant first-person prose owes something to the writer Sergei Dovlatov. And the relationship at its core – between a young man and an old woman who incarnates the epic and ambiguous nature of Russia itself – winks at a recurrent theme of the country’s fiction, from Alexander Pushkin’s “The Queen of Spades” through Crime and Punishment, to Daniil Kharms’s bizarre short story . At the same time, Baba Seva feels like a person, not a symbol, and her descent into dementia after surviving the vicissitudes of an extraordinary life is evoked with great love and particularity.

A Terrible Country captures a moment when high oil prices, economic confidence and a strong rouble made Moscow appear even more intimidating than usual to outsiders. Dmitry Medvedev was president and a tentative liberalisation seemed possible. Ten years on, things are different, and yet strangely the same. Putinism has entered a more baroque phase. The likable protesters Andrei befriends have seen their moment come and go.

It’s unfortunate that this sharp-eyed novel is appearing just as the latest World Cup-driven spasm of interest in the region begins to subside. If the last two bizarre years have taught us anything, it’s that Russia is never irrelevant. I wonder how many more drugged spies, bent elections and political murders it will take for the rest of the world to realise that, for existential reasons, it would be smart for us to pay it a little more consistent and nuanced attention. A Terrible Country would be an excellent and entertaining place to begin.