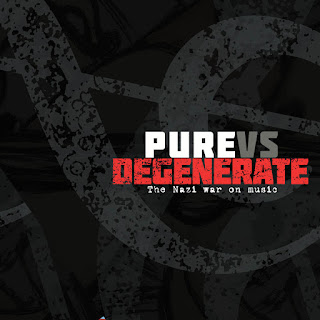 This concert will feature cabaret, popular and folk songs, opera, and concert hall music by Jewish composers whose works were declared '"degenerate" by the Nazi propaganda machine. Through pairings of accepted and banned pieces, audience members will understand the contrived and arbitrary nature of distinctions the Nazis made between prohibited and desirable music. This was done to extend their theories of racial inferiority to art and culture. Featuring performers from The Atlanta Opera, with commentary by The Atlanta Opera Music Director, Arthur Fagan, and Holocaust Music Scholar, Dr. Laurence Sherr, both of whom are second generation Holocaust survivors. The concert is presented by The Atlanta Opera. Join us at 4:00 PM for a pre-concert reception sponsored by Hansberger & Merlin. The concert will begin at 5:00 PM. For more information, or to purchase tickets, please click on the link below: This concert is sponsored by The Arthur M. Blank Family Foundation.