Told through the eyes of an American journalist, the world premiere of Better Gods is the story of Queen Liliuokalani, the last reigning monarch of Hawaii, who fought to preserve her people's native culture when the island was annexed to the U.S.

AOI's hour-long opera premieres have been garnering high praise. The Baltimore Sun called 2013's Approaching Ali "a worthy calling card for the American Opera Initiative" and the Washington Post praised 2015's Penny, about a woman with autism, as "a story we haven't heard before, told with compelling directness and through effective music." 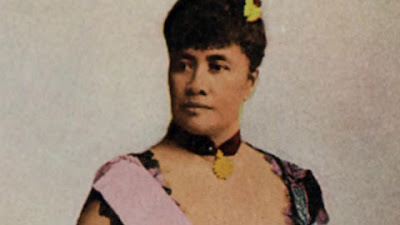 For the 2015–2016 season, the composer/librettist team of Luna Pearl Woolf, winner of OPERA America's 2014 Discovery Grant, and Caitlin Vincent, the librettist of Uncle Alex, one of our 20-minute world premiere operas in 2013, has been chosen for the program's new hour-long opera in the 2015–2016 season. Told through the eyes of an American journalist, Better Gods is the story of Queen Lili'uokalani, the last reigning monarch of Hawaii, who refused to renounce her faith and fought to preserve her people's native culture when the island was annexed to the U.S. more than a century ago. Exploring a dark chapter of American history, this emotional and moving opera leads us to question the morality of our actions taken in the name of progress.  Featuring a colorful score that incorporates authentic Hawaiian instruments, themes, and sounds--including a framework set by the traditional Hawaiian Creation Chant and elements of Lili'uokalani's own musical compositions--the world premiere staging of Better Gods will be directed by internationally acclaimed theater director Ethan McSweeny with Timothy Myers, artistic director and principal conductor of North Carolina Opera, conducting the WNO Orchestra.