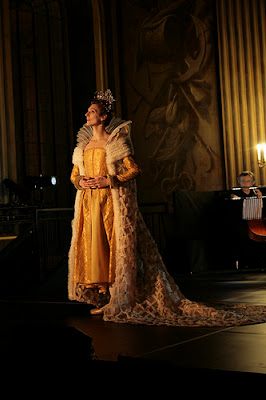 8–17 JANUARY 2016
Carlos Acosta and Zenaida Yanowsky dance Will Tuckett’s opulent full-length work of dance, music and theatre, exploring the life and loves of Queen Elizabeth I

This dynamic exploration of the Tudor monarch for dancers and actor uses texts written by Elizabeth and her contemporaries, and a commissioned score that draws on music of the great Elizabethan composers.

Elizabeth was commissioned by The Royal Ballet for a 2013 gala performance in the Painted Hall of the Old Royal Naval College in Greenwich – birthplace of the work’s subject, Queen Elizabeth I. Choreographer Will Tuckett and playwright and librettist Alasdair Middleton co-directed this special performance, which brought together dancers Zenaida Yanowsky and Carlos Acosta, and actor Lindsay Duncan, in its exploration of the life and loves of this powerful queen. 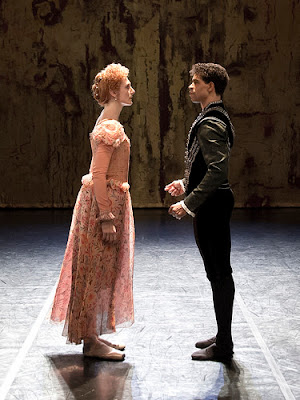 Middleton and Tuckett took their original inspiration from the writings of Queen Elizabeth herself. As Tuckett explains, ‘Her love of dance, the arts and her quick-witted, wicked sense of humour are all evident in her own writing… I felt that dance could provide another take on how these elements and this extraordinary woman could be viewed’. Middleton’s script draws on Elizabeth’s writings and those of her contemporaries, among them Sir Walter Raleigh, François, Duc d’Anjou, and Robert Devereux. The commissioned score by Martin Yates (Don Quixote), written for cello and baritone in a modern reimagining of a typical Tudor-period ensemble, re-creates the structures and harmonies of music by the great Elizabethan composers, including John Dowland, Thomas Tallis and Thomas Morley.