Our panel of experts appraises the movement, its influences and some of its greatest designers, from Lalique to Fouquet  — illustrated with superb pieces from the largest collection of Art Nouveau jewellery ever to come to auction
Art Nouveau was a brief moment (c. 1890-1910), which had a lasting impact on jewellery design and many other arts. It was a completely new style based on original ideas, innovative materials and entirely different design principles. In reaction to increasingly machine-made, mass-produced jewellery, free-floating forms from the natural world were explored as never before.
Great artist-jewellers such as Georges Fouquet and Henri Vever chose semi- and even non-precious materials for their creations, and standout pieces from the period are treasured for their originality and design excellence rather than the intrinsic value of their materials. 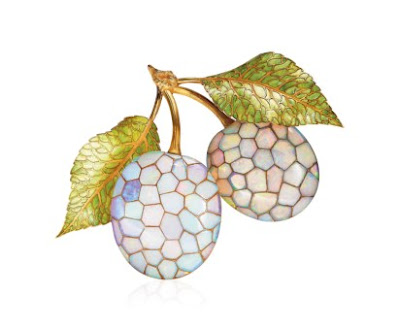 The undisputed master of this genre, however, was René Lalique (1860-1945), whose oeuvre embodied the very essence of French Art Nouveau. His use of exotic and often fragile materials, particularly moulded glass and enamel, was revolutionary, as was his choice of iconography.
Here, a panel of leading experts dissect the movement, its influences and some of its greatest designers, including Lalique, Georges Fouquet, Henri Vever, Eugène Feuillâtre, Léopold Gautrait, and Lucien Gaillard.

When was Art Nouveau at its height?

Michel Perinet, legendary Parisian gallerist who was the first to offer rare and important pieces of Art Nouveau and Art Deco jewellery: ‘The movement was rather short-lived, lasting 15 years, from 1898 to the start of World War I. The most beautiful, most creative and most original Art Nouveau objects were only produced over an even briefer period of time: from approximately 1898 to 1906. While René Lalique continued to put out great works after that time, his creations were less innovative and more decorative. Between 1908 and 1910, the taste for cleaner, simpler lines and a proclivity for platinum and engraved crystal gained the upper hand.’ 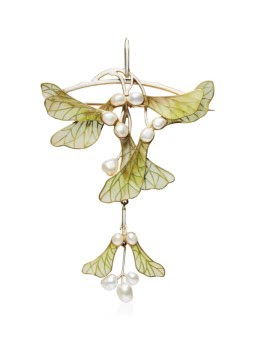 Was Art Nouveau a complete break with the decorative arts of the late 19th century?

Sigrid Barten, author of an acclaimed book on René Lalique: ‘Art Nouveau is an art total — it wholly invaded every art form: jewellery, architecture, painting, music, literature, etc. And it disappeared as suddenly as it arrived. But the years between 1890 and 1910 were artistically very intense, the proof being that we are still talking about it today.

Evelyne Possémé, Head of the Ancient and Modern Jewellery department at Musée des Arts Décoratifs: ‘Art Nouveau is indeed an art total, but one of the greatest triumphs from that era is jewellery, particularly thanks to those such as René Lalique, Henri Vever and Georges Fouquet.’
Sigrid Barten: ‘Lalique’s work is a synthesis of all the arts. The shapes, contours and relief remind me of sculpture, and I find that his use of colour closely resembles that of painting. He pushed the boundaries of his art in his jewellery designs. He introduced new materials, hard or semi-precious stones, ivory, glass — not to mention all kinds of enamel. His palette was much more diverse than that of a painter or sculptor.’

Evelyne Possémé: ‘As Jean Cassou [first director of the National Museum of Modern Art, Paris] said, Art Nouveau is the source of the 20th century. Throughout the 19th century, artisans and designers seemed incapable of going further. They were crushed by a glorious tradition; they dared not innovate; they did not see how they could do better than their predecessors. These artists therefore took a very long time to break free of these shackles.

‘That breaking free really begins with Art Nouveau, in the late 19th century, which emphasised, for instance, the use of the female figure in the decorative arts, inspired by the Renaissance. In the 19th century, creators rediscovered enamel techniques that would prove so important for Art Nouveau jewellery. The influence of nature was rediscovered as well, inspired by ceramicist Bernard Palissy and goldsmith Benvenuto Cellini.’

Sigrid Barten: ‘Literature was very important for all artists at that time. Charles Baudelaire’s The Flowers of Evil, for instance, played a key role — those poems reflect the sensitivity of the Art Nouveau era. Music was also very important to Lalique: he loved Richard Wagner.’

And who were the pieces designed for?

Michel Perinet: ‘Art Nouveau was not intended for mere mortals, especially when it came to the jewellery. Originally, the women who ordered and wore these pieces were actresses like Sarah Bernhardt (1844-1923), grandes cocottes  like La Belle Otero (1868-1965) and some worldly socialites like Countess Grefulhe (1860-1952). The general public eschewed it.’

Sigrid Barten: ‘At first, Lalique did not work under his own name and designed mostly for the major Parisian jewellery houses. He then designed Sarah Bernhardt’s stage jewellery for the theatre. It must be remembered that, at that time, Art Nouveau was an innovative artistic movement reserved for the Parisian intelligentsia.’

Were these very intricate, delicate-looking pieces designed to be worn?

Sigrid Barten: ‘Whether Lalique was producing magnificent creations for private collectors, designed for showcase display, or smaller jewellery pieces, all these items could be worn! None were rigid, and they were almost invisibly supple. He thought first and foremost of the person who was to wear the piece — the creation is always soft against the skin, with the reverse as beautiful as the front.

‘As well as pieces for Sarah Bernhardt, Lalique also produced jewellery for Julia Bartet (1854-1941), an actress with the Comédie Française. He designed these pieces using very lightweight materials, such as aluminium, so that they could be worn on stage for hours at a time.’

Michel Perinet: ‘Jewellery from the great Art Nouveau creators, like Lalique, Fouquet and Vever, is very robust and solidly built. Yes, Fouquet made daintier jewellery by using less metal, but that was a strategic choice to make those designs easier to wear.’

Lalique was greatly influenced by the symbolism of plants…

Sigrid Barten: ‘Yes. Ivy, for example, is an ancient symbol of fidelity and longevity. It grows everywhere and stays green, summer and winter. Thistles, while being very beautiful plants, are also covered with thorns. In my view, when Lalique uses them, it may convey other messages, such as “Keep your distance”. This also applies to hawthorns, roses or brambles.

‘This symbolism is not found in all the jewellery designs or with all the plants depicted, but the symbolic tendency is conspicuous. Lalique’s jewels were not merely decorative — they had meaning, even if that meaning can be difficult to interpret.