ROMARE BEARDEN: ABSTRACTION AT THE NEUBERGER MUSEUM OF ART FEATURES LARGELY UNKNOWN WORKS BY THE ARTIST

On view between September 10 to December 22, the show features abstract works that preceded the artist’s well-known collages. 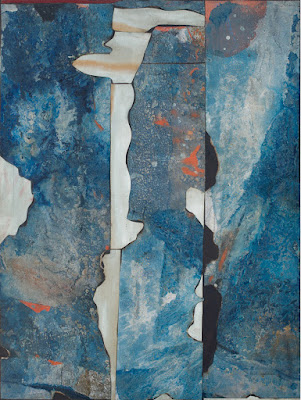 Recognized as one of America’s great 20th century artists, Romare Bearden is best known for his uniquely textured collages, evoking the history, culture, richness and tension of the African-American experience. Those influential collages were produced largely over a twenty-four year period, from 1964 to his death in 1988. They are found in every major museum collection in the United States, have been widely published. However, Bearden was making art long before 1964, experimenting with various ways of abstracting form.

Romare Bearden: Abstraction at the Neuberger Museum of Art, Purchase College, State University of New York, focuses on the startling body of work Bearden produced throughout the 1950s and early 1960s — fully-abstract watercolors, oil paintings, and mixed media collages. Not only will the exhibition serve as the first public viewing for many of the works, it will also contextualize them within the framework of what Bearden produced both before and after this decade. “The works are striking and fluid, astonishing in their variety and scale,” notes Tracy Fitzpatrick, Director of the Neuberger Museum of Art and curator of the exhibition. Romare Bearden: Abstraction also will provide the first substantive and scholarly examination of this important body of work.
The project is supported in part by an award from the National Endowment for the Arts. Additional support has been provided by Morgan Stanley, the Triennial Adeline Herder Fund for Collage, Ronni Rubin Bolger, ArtsWestchester, with support from the Westchester County Government, the Friends of the Neuberger Museum of Art, and the Purchase College Foundation.