EXPLORE THE WORLD’S LARGEST ONLINE DATABASE OF JEWISH ART, FROM ANTIQUITY TO TODAY THE DATABASE’S 260,000 CATALOGUE ENTRIES, THE FRUITS OF 30 YEARS OF RESEARCH, RANGE FROM MODERNIST SYNAGOGUES TO ANCIENT HEBREW ILLUMINATED MANUSCRIPTS. 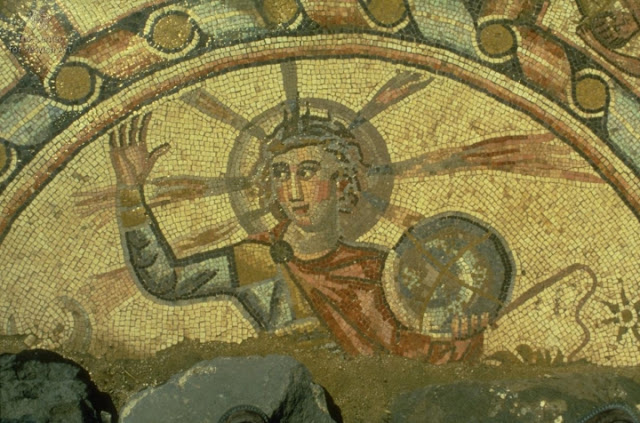 Two years ago, researchers with the Center for Jewish Art at the Hebrew University of Jerusalem surveyed the many synagogues built across Siberia. Over the course of the expedition, they found a large number of the sacred buildings, long abandoned, in ruins or on the verge of collapse. Jewish cemeteries, too, were largely neglected and filled with fallen tombstones. The team documented and photographed each site, in addition to speaking with local communities about the need to preserve them; their images are now part of the Bezalel Narkiss Index of Jewish Art, a recently launched website that represents the world’s largest online database of Jewish art.

Made public by the Center in August, the website features over 260,000 entries that catalogue a wide range of objects, artifacts, and sites from 41 countries, dating from antiquity to recent years. Over one-third of them are characterized as Jewish Ritual Architecture — such as synagogues, palaces, and houses — while researchers have organized the rest into five other groups: Hebrew Illuminated Manuscripts, Sacred and Ritual Objects, Jewish Cemeteries, Ancient Jewish Art, and Modern Jewish Art. The database is fully searchable by these categories but also by keyword, date, artist, location, community, and school or style.

The images of paintings, sculptures, architectural drawings, and much more are the fruits of the Center’s own 30-year effort to document Jewish art kept in museums, private collections, synagogues, and other cultural institutions. Since its establishment in 1979, the Center has recruited a small group of professionals and graduate students who have traveled around the world to seek out objects and buildings; their travels have brought them to cemeteries in Egypt, a modernist synagogue in Croatia, and museums of all kinds, from the Omsk State History Museum in Russia to the Ulcinj Museum of Archaeology in Montenegro. The collection required an additional six years to digitize. 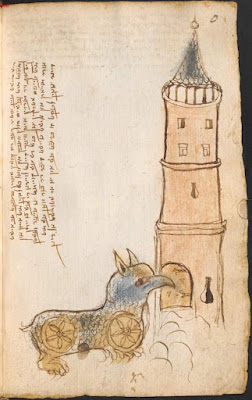 Illustration from The Yiddish Bellifortis, Southern Germany (late 15th century), from the collections of the Bavarian State Library

Unfortunately some of the buildings and objects on the website no longer exist or may be nearly impossible to access. At times, the team photographed artworks at auction before they disappeared into private collections. More than documenting Jewish art, the index is preserving it as much as possible. It represents a much-needed, unparalleled resource for researchers or anyone simply interested in learning about Jewish art around the world.

“Jewish culture is largely perceived as a culture of texts and ideas, not of images,” Dr. Vladimir Levin, the Center’s director, said in a statement. “As the largest virtual Jewish museum in the world, the Index of Jewish Art is a sophisticated tool for studying visual aspects of Jewish heritage. We hope that making this Index available will lead to further in-depth study of primary sources, and serve as an enduring launching pad for the study of the historical and cultural significance of Jewish art for many years to come.”
The Center is now gearing up to share more major projects later this year. It will soon publish Synagogues of Ukraine: Volhynia, a monograph by Dr. Sergey Kravtsov and Dr. Vladimir Levin that covers 39 extant and 302 vanished synagogues in the Eastern European country. In November, it will launch the first-ever inventory of all the historic synagogues around Europe. The ambitious project is a joint effort with the Foundation for Jewish Heritage, and will provide an assessment of each building’s significance and condition. 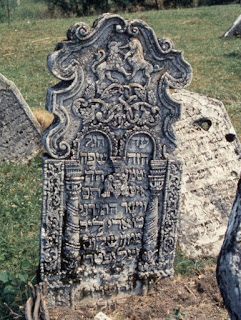 18th-century tombstone in a Jewish Cemetery in Yabluniv, Ukraine (photo by Michael Kheifetz) 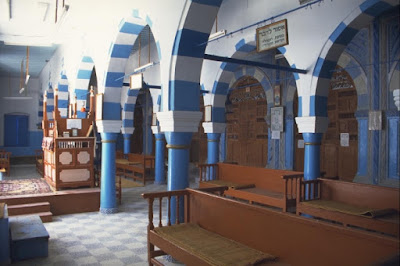