OLIVER MEARS TAKES A BIG LEAP TO THE ROYAL OPERA

LONDON — The Royal Opera in London has a new captain at the wheel: 38-year-old Oliver Mears, who takes over an institution that has more than two and a half centuries of operatic tradition behind it.
Mr. Mears’s predecessor, Kasper Holten, led the company for six years and stepped down to move back to his native Denmark with his young family. During Mr. Holten’s time in London, he expanded the Royal Opera’s roster of directors and productions and was an instigator of a big opera exhibition opening this month at the Victoria & Albert Museum.
Yet Mr. Holten was also criticized sometimes for productions that he commissioned or directed. 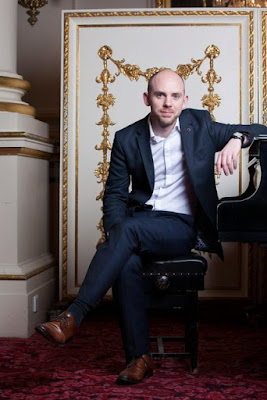 “The principles of leadership and the principle of leading an opera company are the same, whatever the scale you work on,” said Oliver Mears, 38, the Royal Opera’s new director. Credit Rii Schroer

The appointment of Mr. Mears, who previously ran the Northern Ireland Opera, founded in 2010, “was a surprise, and I don’t mean that negatively,” said John Allison, editor of Opera Magazine. “He has a reputation as being a nice guy and a talented director, but he has no real international profile.”
Mr. Allison said that Mr. Mears needed to identify some exciting directors and pair them with the right sort of works. “He needs to have a vision of why opera matters,” he said, “and communicate that to people.”
The Royal Opera House’s chief executive, Alex Beard, and the music director, Sir Antonio Pappano, were central to recruiting Mr. Mears for the job.
“We went through a very thoughtful and extensive process, and all the way through that, Ollie just got stronger,” Mr. Beard said. “The conclusion of all of that was: ‘He’s the man.’ ”
Mr. Beard added that he did not think Mr. Mears would “play it safe.” The new director of opera “wants to continue to make dramatically compelling work,” he said, “ to bring new work to the stage, and to do so in a way that connects with audiences.”
Mr. Mears appeared poised and confident in an interview at his still-undecorated new office — reached through hallways full of costume racks and rehearsing performers. He said he believed he was chosen “because of my experience in Northern Ireland starting a national company, really from scratch, and the successes we had there, but also 20 years, or near enough, of working in theater in some form.”
The difference in scale between Mr. Mears’s previous job and his new one is substantial. The Northern Ireland Opera has staged 16 productions to date; the Royal Opera put on seven new productions in the 2014-15 season alone. The Northern Ireland company has annual income of less than £1 million (about $1.3 million); the Royal Opera House had income of £131.1 million in 2016 (the figures include the Royal Ballet).
Mr. Mears said the size gap was “in some ways almost immaterial,” because “the principles of leadership and the principle of leading an opera company are the same, whatever the scale you work on.”
Because of the planning that opera productions require, Mr. Mears will not be shaping the program until 2020. The new season — put together by Mr. Holten and welcomed by the London critics — features the world premiere of a “La Bohème” by the British director Richard Jones, and a new production of “Carmen” by the Australian director Barrie Kosky.
Programming aside, Mr. Mears seemed determined to press ahead with his vision for the company: broadening audiences and making opera more accessible to more people.
He said that the Royal Opera House, in its current form, was born around the same time as the National Health Service, Britain’s universal health care system. “That to me is very significant: It means that we have a very strong social responsibility to all of the citizens of the U.K. to ensure that they at some level have access to what we do,” he said.
Though the opera experience in Britain has become increasingly informal, and fancy dress seems to be a thing of the past, the art form remained “associated with the class system, with snobbery,” he said. “Snobbery still infects opera.”
He said he hoped to change perceptions by putting on Proms performances, where orchestra seats are temporarily removed for audiences to sit on the floor (an exercise undertaken in the 1970s and ’80s, he said); by programming operas aimed at young people and families, and by offering more tickets at affordable prices.
Judging from Mr. Holten’s experience, running the Royal Opera is not an easy job. He was frequently taken to task for his choice of shows, most severely after a 2015 staging of Rossini’s “Guillaume Tell” by the director Damiano Michieletto, which included a rape scene.
“With one inexcusably nasty five-minute sequence, rightly greeted with a performance-stopping furor of boos probably unprecedented in Royal Opera history, this show went from four stars to one,” wrote Richard Morrison in the Times of London.
Commenting on the controversial scene, Mr. Holten later said in an interview with The Times: “Had I known how offensive some people would find it, I would have done some tweaks in advance. In hindsight I should have asked colleagues.”
Mr. Mears would not comment on his predecessor’s work. Yet he indicated that he would have a different approach, and that when it came to commissioning, he would “have as close a relationship to the director and to the process, and at as early a stage, as I possibly can” to avoid “any surprises.”
Mr. Mears grew up in Norfolk and said he was drawn to drama early on. While studying English and history at Oxford University, he directed some 10 plays. Exposure to opera in his early 20s led him to start working as an assistant director at English National Opera and at the Royal Opera House.
At the Northern Ireland Opera, he directed productions, including the company’s very first: Puccini’s “Tosca” updated to the 1970s and held in three venues, including an Anglican cathedral that was (temporarily) turned into a Catholic church.
“Northern Ireland Opera has built a considerable reputation in recent years for sparky, edgy work that engages with native musicians and creates a bit of a splash,” wrote The Telegraph in 2015, adding that the company was “stylishly led by Oliver Mears.”
At Covent Garden, Mr. Mears will be directing operas “probably in about three years,” he said. In the meantime, he would do everything to avoid repeating the same old formulas on the main stage.
“I don’t think we serve the composers of these often-transgressive masterworks if we completely take them at face value and only do them in one way,” he said. “We have to be bold and we have to be adventurous.”
He added, “One cannot sit on one’s laurels and create museum opera. That’s not why we’re here.”