Since the Al Bustan Festival was founded in 1994, it has established in Lebanon a unique and unprecedented tradition of a music season in winter.
The founders wished to revive the cultural life of a country reemerging after seventeen years of war. The Festival has indeed reached its objective, presenting each year more than thirty performances over a five week period in February and March. With a predominance of chamber music, the Festival also includes opera, orchestral concerts, choral concerts, dance, marionettes and theatre. 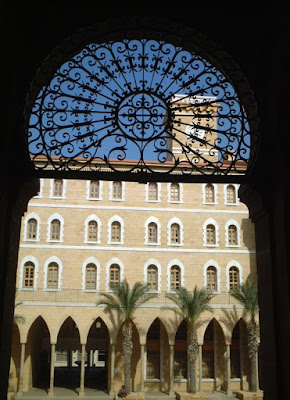 The Festival takes special care in presenting each year a rich and homogeneous programme focused around a special theme, celebrating the culture of a country or a city, or exploring a special subject. The Festival likes to be daring in its choice of artists, works and performances.

Amongst the many artists who have taken part in the Festival are: Olaf Baer, Maria Ewing, Elena Prokina, Angelika Kirschlager, Vadim Repin, the Labeque sisters, Boris Berezovsky, Evelyn Glennie, Jean-Claude Malgoire, Friedemann Layer and the Montpellier Philharmonic Orchestra, the Polish National Radio Symphony Orchestra, the Medici, Skampa, Belcea, Chilingirian, Takacs and Leipzig quartets as well as the Schubert Ensemble, the Wiener Kammerensemble, the Helikon Opera of Moscow, the Warsaw Chamber Opera, the Vienna Boys Choir, the Choir of Christ Church Cathedral, Oxford, the English Shakespeare Company, Jean Piat, the Salzburg Marionettes, Irek Mukhamedov, Trilok Gurtu, the Jacques Loussier Trio, Katia Ricciarelli, Sumi Jo, Gautier Capucon, Inva Mula, Emmanuel Pahud, Yundi Li, Sergei Khachaturyan, June Andersen,Paolo Olmi, Soweto Gospel choir, Antoni Wit and many others.
In keeping with its cultural vocation, the Festival organises master classes and workshops, with the participating artists at the National Conservatoire in Beirut and other institutions across Lebanon. The Festival has commissioned works by contemporary composers such as John Taverner, Naji Hakim and Roxanna Panufnik. A Visual Art exhibition is organised each year during the Festival.

Given that the average capacity of the Festival’s venues is about 450 seats, an intimate bond is reached between the public and artists, who are also able to meet after the performances in a relaxed and friendly atmosphere.