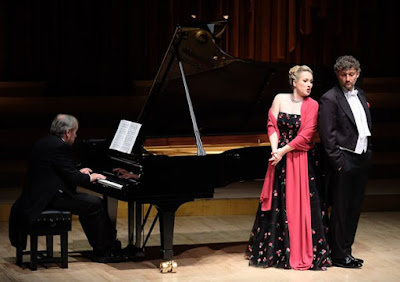 Hugo Wolf considered his Italienisches Liederbuch the most perfect of his own works. Written for soprano and baritone, its 46 songs constitute a probing meditation, by turns funny, ecstatic and profoundly sad, on love. However, it’s not so much a unified cycle as a collection, which in turn allows interpreters considerable latitude with running order and the transposition of songs to suit individual singers. Jonas Kaufmann has recently taken the work into his repertory, and is now touring Europe with it, joined by soprano Diana Damrau and pianist Helmut Deutsch.

The songs are reordered in four groups, each of which constitutes a dramatic dialogue, sharply differentiated in mood. Some of the platform business as they sparred, made up and finally separated was unduly fussy, and it was perhaps only in the third group – reflecting on transience and mortality – that they achieved the requisite stillness to allow the music to speak fully for itself. 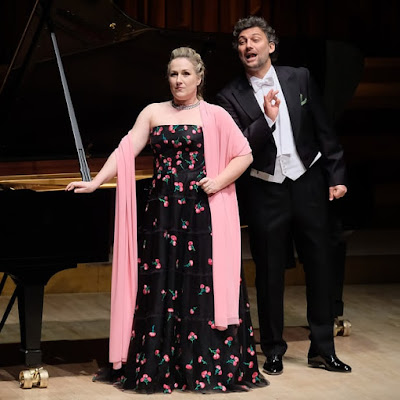 They sang magnificently, however. Damrau’s overt brilliance ideally foils Kaufmann’s introspection. Her tone has acquired a touch of metal of late and can turn shrill under pressure, but her immaculate way with words allows her to expose levels of vulnerability behind the bravado and wit of many of her songs. The lyrical intensity of Kaufmann’s singing suits Wolf uncommonly well. Nothing sounds forced or over-declamatory: Sterb’ ich so hüllt in Blumen meine Glieder, all wonderfully shaded pianissimos, became the emotional fulcrum around which the whole interpretation swung. Deutsch’s playing was admirable in its understatement, meanwhile, with every note and shift in colour of Wolf’s complex accompaniments speaking volumes.