ALL TOO HUMAN BACON, FREUD AND A CENTURY OF PAINTING LIFE

28 FEBRUARY – 27 AUGUST 2018
All Too Human celebrates the painters in Britain who strove to represent human figures, their relationships and surroundings in the most intimate of ways.

It features artists including Lucian Freud and Francis Bacon alongside rarely seen work from their contemporaries including Frank Auerbach and Paula Rego. Many of them lived or live in London, drawn to the multicultural capital from around the world. Three important works by Francis Bacon will be shown in the UK for the first time in at least three decades.
I want the paint to work as flesh does. 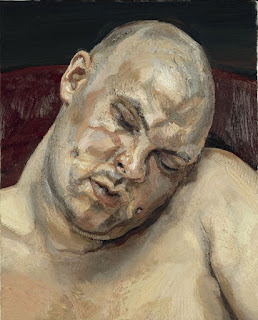 Lucian Freud, 2009
The exhibition also shows how this spirit in painting was fostered by the previous generation, from Walter Sickert to David Bomberg, and how contemporary artists continue to express the tangible reality of life through paint.