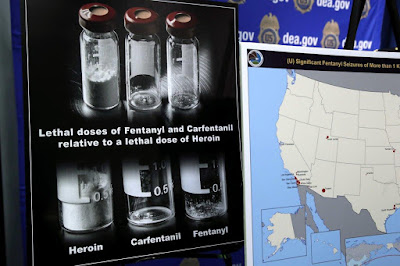 Nevada and Nebraska now want to use fentanyl for executions. (JACQUELYN MARTIN/AP)

Two states want to take a drug from an addict’s needle and add it to an executioner’s arsenal.
Fentanyl has proven so adept at killing drug users that authorities in Nevada and Nebraska now want to use it to execute death row inmates.
The effort to weaponize the highly potent opioid has drawn opposition from doctors and death penalty opponents who warn that its use could lead to painful, botched executions, according to the Washington Post.
The turn toward fentanyl comes as several states have been forced to experiment with new drug cocktails due to shortages of traditional execution meds.
Brooklyn high school sent threat about bomb containing fentanyl
“We’re in a new era,” said Deborah Denno, a law professor at Fordham University.
“States have now gone through all the drugs closest to the original ones for lethal injection. And the more they experiment, the more they're forced to use new drugs that we know less about in terms of how they might work in an execution.”
A highly addictive synthetic painkiller that’s 100 times more potent than morphine, fentanyl is driving the nation’s opioid epidemic. 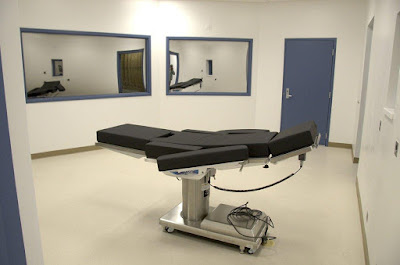 Nevada's Eli State Prison may soon be using the potent opioid in its executions. (NEVADA DEPARTMENT OF CORRECTIONS VIA AP)

As fentanyl deaths have piled up in recent years, an increasing number of pharmaceutical companies have stopped supplying the traditional execution drugs.
Bronx DA opens probe into Rikers inmate’s fentanyl overdose death
Some states — including Florida, Ohio, and Oklahoma — have started experimenting with new drug combinations for executions.
Others have become so desperate that they’ve passed laws authorizing the return to such outdated methods as firing squads and electric chairs.

With its high potency and ample supply, fentanyl has an obvious appeal to states looking for new ways to kill — even as public health experts struggle to stem an epidemic that claimed the lives of roughly 64,000 Americans last year.
“There's cruel irony that at the same time these state governments are trying to figure out how to stop so many from dying from opioids, that they now want to turn and use them to deliberately kill someone,” Austin Sarat, a law professor at Amherst College who has studied the death penalty for more than four decades, told the Washington Post.