In tracing the roots of misogyny to Athens and Rome, Mary Beard has produced a modern feminist classic 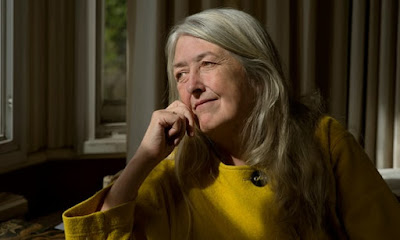 This book is a mere slip of a thing: at 115 pages, small enough to fit into the most diminutive of bags or even (should you be in striding out mood) the pocket of an overcoat. But size, in this instance, is irrelevant. There are two things you need to know about it. The first is that what Mary Beard has to say is powerful: here are more than a few pretty useful stones for the slingshots some of us feel we must carry with us everywhere we go right now. The second is that most of its power, if not all, lies in its author’s absolute refusal to make anything seem too simple. Even as she tries to be concise and easy on the ear – the book is adapted from two lectures, one given at the British Museum in 2014, and the other earlier this year – Beard knows that the matters with which she is concerned are extremely complicated. Before she arms you, then, she makes you think. In this sense, if no other, Women & Power deserves to take its place alongside Kate Millett’s Sexual Politics, the text that first suggested literature as a medium for consciousness-raising.

Beard’s primary subject is female silence; she hopes to take a “long view on the culturally awkward relationship between the voice of women and the public sphere of speech-making, debate and comment”, the better to get beyond “the simple diagnosis of misogyny that we tend a bit lazily to fall back on”. Calling out misogyny isn’t, she understands, the same thing as explaining it, and it’s only by doing the latter that we’re likely ever to find an effective means of combating it. The question is: where should we look for answers? Beard acknowledges that misogyny has multiple sources; its roots are deep and wide. But in this book, she looks mostly (she is a classicist, after all) at Greek and Roman antiquity, a realm that even now, she believes, casts a shadow over our traditions of public speaking, whether we are considering the timbre of a person’s voice, or their authority to pronounce on any given subject.

Mary Beard: I almost didn't feel such generic, violent misogyny was about me

Personally, I might have found this argument a bit strained a month ago; 3,000 years lie between us and Homer’s Odyssey, which is where she begins, with Telemachus effectively telling his mother Penelope to “shut up”. But reading it in the wake of the Harvey Weinstein scandal, it seems utterly, dreadfully convincing. Mute women; brutal men; shame as a mechanism for control; androgyny and avoidance as a strategy for survival. On every page, bells ring too loudly for comfort.

Through the example of Telemachus we learn that silencing the female was once an essential part of growing up as a man – though shouting at a woman was only one way of achieving it. In Ovid’s Metamorphosis, Io is turned by Jupiter into a cow, and Echo’s voice reduced to a mere instrument for repeating the words of others; when the young princess Philomela is raped, her tongue is cut out, to prevent her denouncing her attacker. Women who did speak in the forum were barely female at all; rather, they were “unnatural freaks”. A first-century Roman anthologist mentions one called Maesia, who successfully defended herself in the courts only “because she really had a man’s nature”. Beard urges us not to see this “muteness” simply as a reflection of women’s more general disempowerment in the classical world. Their exclusion from public speech was, she writes, “active and loaded”. Their voices were subversive, a threat to the state. Thus was the idea of gendered speech established. If the ancients disliked the sound of the female voice, so high-pitched and strident, in the 21st century terms such as “whine” still tend to be reserved for women.

She is nothing if not pragmatic, her utterances grounded in practicalities as well as learning
Does this matter? Beard thinks that it does. Such language underpins an idiom that, almost without our noticing it, acts to remove the authority (and when necessary the humour) from what women have to say. In other words, no one hears us even when we do speak – just like the woman in the Punch cartoon she also mentions (“That’s an excellent suggestion, Miss Triggs. Perhaps one of the men here would like to make it”).

What I relish about Beard’s approach is that once she has told us all this – I am not a classicist, so some of it was new to me – she doesn’t simply sink down into disapproval and hand-wringing (the fatal flaw of so many recent feminist texts). She wants to know: how can we be heard? And her answers are radical. Why should we settle only for exploiting the status quo – for instance, by training our voices, as Margaret Thatcher did? Progress, if it is ever to happen, will require a fundamental rethink of the nature of spoken authority, “and what constitutes it, and how we have learned to hear it where we do”. Women are not only going to have to be “resituated” on the inside of power; it may be that power itself has to be redefined. What will such a redefinition involve? She talks of the “decoupling” of power from prestige, a bifurcation that will mean thinking about power as an attribute rather than as a possession; of the power of followers as well as of leaders.

All of this is exciting, and full of possibility (though threatening to some, of course). But Beard isn’t about to drink her own Kool-Aid. She is nothing if not pragmatic, her utterances grounded in practicalities as well as learning. Just as she finds time in her book to attempt to understand, as well as to condemn, the misogyny of Twitter – some of the abuse is, she is convinced, the result of the false promise it made to put people directly in touch with those in power; women are not the only ones who feel “voiceless” – so she is keen to remind the reader of the gloom that hangs all about. Don’t get too perky, she instructs, even as she works to build her case.

Some things are hard, if not impossible, to cast off. Should we be in any doubt about the terrifying extent to which the exclusion of women from power is culturally embedded, let alone unsure of the continued strength of classical ways of formulating and justifying it, we have only to look at the Trump campaign in 2016, in which he was depicted, after Cellini’s bronze, as Perseus holding up the severed head of Hillary Clinton as Medusa. His supporters could buy this image on T-shirts and tote bags, coffee cups and laptop covers – and doubtless many of them did, desperate for the monster to be slain in their own minds, even before they had approached the ballot box.

Since you’re here …
… we have a small favour to ask. More people are reading the Guardian than ever but advertising revenues across the media are falling fast. And unlike many news organisations, we haven’t put up a paywall – we want to keep our journalism as open as we can. So you can see why we need to ask for your help. The Guardian’s independent, investigative journalism takes a lot of time, money and hard work to produce. But we do it because we believe our perspective matters – because it might well be your perspective, too.

I appreciate there not being a paywall: it is more democratic for the media to be available for all and not a commodity to be purchased by a few. I’m happy to make a contribution so others with less means still have access to information.
Thomasine F-R.