HOW THE RE-OPENING OF THE PUBLIC DOMAIN “HAS ALLOWED US TO HAVE OUR CULTURE BACK”
In 2019, thousands of artworks from 1923 entered the public domain. Speakers from Creative Commons, the Internet Archive, and other places share why this matters.
Emily Wilson 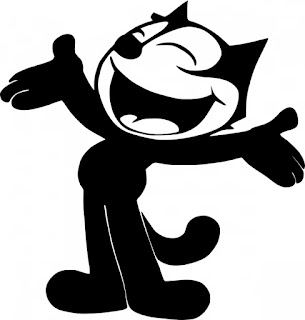 Felix the Cat, who entered the public domain January 2019 (via Wikipedia)

SAN FRANCISCO — Many of the people at the Internet Archive, a converted church in San Francisco’s Sunset District, felt like celebrating. There were men in old-fashioned suits and flat straw boaters and women wearing vintage dresses and flowered hats. Along with coffee, tea, and Chex mix, there were big glass jars full of Reese’s Peanut Butter Cups.
The significance of the candy was the year it came out: 1923. As of this January, all works from that year entered the public domain, meaning that thousands of visual artworks, books, plays, films, sheet music, and plays published 96 years ago won’t have intellectual property restrictions, and anyone can use them for whatever they want — set a poem to music, remix a song, produce a high school play, remake a movie. Some of the works include Henri Matisse’s “Odalisque With Raised Arms,” Cane, Saint Joan by George Bernard Shaw, the cartoon Felix the Cat, the German silent comedy The Little Napoleon with Marlene Dietrich in her film debut, and the song, “Yes! We Have No Bananas.”
“It’s wonderful to be here today to celebrate the gift that the law has allowed us to have our culture back,” said Lawrence Lessig, a Harvard law professor and co-founder of the Creative Commons, who gave the keynote address to an adoring crowd. “It’s fucking absurd that it took 20 years to get here.”

Lessig was referring to the 1998 Copyright Term Extension Act, written by pop star-turned-Congressman Sonny Bono and signed by Bill Clinton. It retroactively extended copyright protection and meant no new works could enter the public domain for 20 years. In 1998, when the law passed, works were considered public domain 75 years from the publication date; as of January, the law has extended that to 95 years. 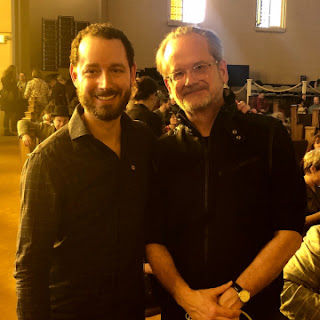 Shortly after the 1998 act passed, Eric Eldred, an online publisher of literary works in the public domain, decided to challenge the act, and Lessig took the case, which was heard by the Supreme Court in 2002.

“We lost, and I lost some faith,” Lessig said. “It was an incredible loss, but from that loss, an extraordinary amount of good came because so many people were so angry about that loss that they made up this free culture movement that celebrates the fight to make this work universal. From that loss came Creative Commons.”

Lessig joined forces with the Electronic Frontier Foundation (EFF) to fight bills promoted by Hollywood that blacklisted websites, which he called a “new version of the same bad idea.” In the process, they built support across the internet and got a surprise victory. In 2013, Lessig worked with EFF again when he uploaded a video of a talk he’d given of popular mashups of the dancing in The Breakfast Club to Phoenix’s song “Lisztomania,” to show how remixing is an important part of culture. Liberation Music, Phoenix’s record label, demanded he take down the video.

“I said hell, no, and called my friends at EFF,” said Lessig, showing a clip from Monty Python’s Holy Grail, with the knights crying “Run away!” as they do just that, to illustrate what the lawyers for Liberation did. (Lessig argued against the takedown, saying it was “fair use” since he was using it for critique.)

Speakers at the Internet Archive drove home the impact that lack of copyright restrictions can have on culture. Ryan Merkley, the CEO of Creative Commons, thanked the Cleveland Museum of Art for putting 30,000 works in its collection in the public domain.

“What they’ve done is wonderful and a gift to humanity,” Merkley said, with slides of art from the museum’s collection on a screen behind him. “I want to make an example of them because it’s a massive undertaking and it doesn’t get enough support.”

Now students, scholars, and disabled people will have access they haven’t had before, said Amy Mason, the technology specialist at the Lighthouse for the Blind in San Francisco.

“When the past is accessible, the future is too,” she said, talking about online tools that magnify text or translate it into Braille, offer audiobooks, and describe works of art or movies for the blind.

Science fiction writer and Boing Boing co-editor Cory Doctorow gave the final talk of the day. He said he had considered making a joke about Sonny Bono — something along the lines of coming there to not praise Bono, but to bury him. But instead he chose to talk about grifters.

“Con artists are just like gabby muggers who fast talk you out of what’s rightfully yours,” he said. “But a grifter doesn’t pick your pocket — he gets you to sign a contract saying everything in your pocket belongs to him.”

As an example of what he considers one of the worst grifters, Doctorow cited Aloha Poke, a chain restaurant headquartered in Chicago that makes the Hawaiian raw fish dish. The chain trademarked the name “Aloha Poke,”and its lawyers have sent cease and desist orders to many smaller restaurants with that name.

“Aloha Poke is a grift,” Doctorow said. “And many of these restaurants complied shelling out thousands of dollars to change their menus and signs and allowing an ancient language to be plucked out of their mouths.”

To be able to use works of art without permission from a corporation is “anti-oligarchic,” Doctorow said. “If you give an artist more copyright, it’s like giving your bullied kid more lunch money — bullies will just take that too,” he said. “The forces of greed and reaction and selfishness will never be abolished, but we need to live as though it were the first days of another world.”

Lessig says he thinks that world is closer. “We are on the right side of history, and I have never been more sure of that than when the meme appeared in this form,” he said, showing the wildly popular video of Congresswoman Alexandria Ocasio-Cortez dancing Breakfast Club-style to “Lisztomania.” “One of most powerful political leaders of the next 30 years is a woman who understands in her bones what we are fighting for.”

A celebration of the re-opening of the public domain took place at the Internet Archive (300 Funston Ave, San Francisco) in partnership with Creative Commons on Friday, January 25.