The Getty Research Institute has digitized a collection of Ottoman-era photographs available to study and download for free. 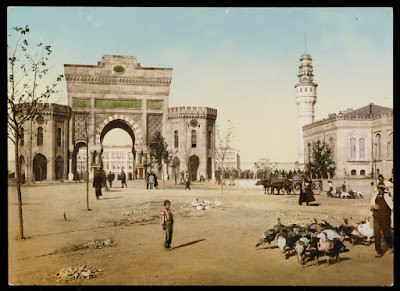 The Getty Research Institute has recently digitized over 6,000 19th- and early 20th-century Ottoman-era photographs, collected in the 1980s by French collector Pierre de Gigord during his travels through Turkey. The collection is now available to study and download for free online.
The photos encompass various walks of Ottoman life, depicting “landmark architecture, urban and natural landscapes, archeological sites of millennia-old civilizations, and the bustling life of the diverse people who lived over 100 years ago in the last decades of the waning Ottoman Empire,” according to the Iris, the Getty Research Institute’s blog.

The collection includes a 10-part panorama of Constantinople, which required stitching separate prints together to create a panoramic view of the Istanbul skyline in 1878. The shots can now be viewed in their entirety on a single screen. 82 glass plate negatives were digitized, along with 60 photographic albums documenting scenes of Ottoman life. Each individual image in the albums was photographed and digitized, allowing viewers to see up-close details alongside the calligraphic image captions.

The photos depict markets, sites of destruction, street vendors, encounters with government officials “such as the minister of war, Enver Pasha, the highest-ranking perpetrator of the Armenian genocide,” and more. 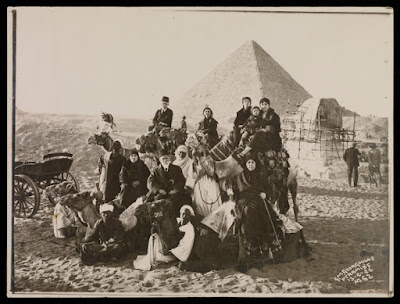 The digital files can be accessed through the Getty Research Institute catalogue or through the Gigord Collection’s finding aid. Unfortunately, two parts of the collection, according to the Iris, “were beyond the scope of this project” and therefore not digitized. Those include press photographs documenting the modernization of the Ottoman Empire and its transition to the Republic of Turkey, along with archival documentation on photographic studios. However, those materials can still be accessed by visiting the Getty Research Institute Special Collections in Los Angeles.