The Pennine village where the Brontës lived and wrote 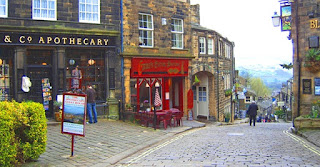 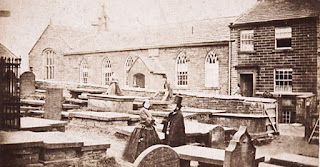 The Pennine village where the Bronte sisters grew up was then a crowded industrial town, polluted, smelly and wretchedly unhygienic. Although perched on the edge of open country, high up on the edge of Haworth Moor, the death rate was as high as anything in London or Bradford, with 41 per cent of children failing even to reach their sixth birthday. The average age of death was just 24.
Villagers typically subsistence farmed a few acres, often 'take-in' from the moors, which they combined with hand-loom weaving or wool-combing. But worsted weaving on a loom in your front room was already on its way out by the time the Bronte family arrived in the village in 1821; new water-powered mills began appearing along the River Worth from 1790, and the economy began shifting from domestic to industrial. 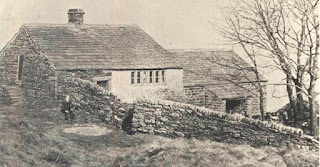 When they had spare time people tended to devote it to religious worship. Baptist and Wesleyan chapels flourished in the village, and together with the Anglican church, provided the village with education and a social life.