BETWEEN ART & FASHION PHOTOGRAPHS FROM THE COLLECTION OF CARLA SOZZANI

Carla Sozzani, former editor-in-chief of the Italian Elle and Vogue magazines, has collected photographs for many years. Since 1990, she has also exhibited these works in her Milan gallery in close cooperation with numerous internationally renowned photographers – including Helmut Newton four times, "Ritratti di donna" in 1993, "Impressions, Polaroids" in 1996, "Us and them" in 1999, together with his wife June, aka Alice Springs, and "Yellow Press" in 2003.

Since Galleria Carla Sozzani first opened 28 years ago, it has presented hundreds of photography exhibitions on artists such as Annie Leibovitz, Sarah Moon, Paolo Roversi, David Bailey, Hiro, and David LaChapelle. Additionally, exhibitions on architecture and design are hosted twice a year, featuring the works of Carlo Mollino, Verner Panton, and Yayoi Kusama, to name a few. The gallery has also presented fashion by designers such as Pierre Cardin, Courrèges, and Paco Rabanne. Some of the exhibited works have subsequently become part of Sozzani’s own collection. Galleria Carla Sozzani has been under the patronage of the Fondazione Sozzani since 2016 and it contintues to be a central part of her first concept store, founded in 1991 in the heart of Milan: 10 Corso Como. 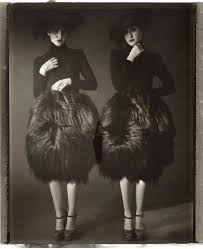 The personal friendship between Carla Sozzani and Helmut Newton not only led to four Newton exhibitions in Milan, but also to the current presentation of her multifaceted photography collection at the Helmut Newton Foundation, under the title Between Art & Fashion. More than 200 photographs were selected from the collection, which comprises almost 1,000 works. This is not only limited to fashion pictures, but also includes experimental photography by Berenice Abbott and Duane Michals, portraits of Francesca Woodman and Daido Moriyama, as well as still-lifes by Man Ray and William Klein. The diverse collection was created over the course of many years, and with its focus on classic black-and-white photography offers a look back into a bygone era.

Between Art & Fashion not only presents numerous icons, it also contains plenty of surprises. Following presentations in Paris (Gallery Azzedine Alaïa) and Switzerland (Museum of Fine Arts Le Locle), both curated by Fabrice Hergott, it is now being shown in an entirely new arrangement for the first time in Germany. Some of photographers are represented with only a single work, while for others there is a small group of photographs. The selection is naturally not about completeness, but authenticity and visualization, about the quality of autonomous and representative images – in this case thematically adapted to the specific exhibition venue.

On display in June’s Room, on the occasion of the 95th birthday of June Newton, who worked under the name Alice Springs, are about 40 previously unseen portraits, selected from the foundation’s collection.