WHEN TIMOTHY LEARY GOT ARTISTS TO TAKE LSD 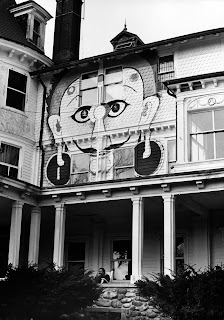 Timothy Leary below the porch of the Hitchcock Estate in Millbrook, New York, c. 1966. Courtesy of the Timothy Leary Archives, the New York Public Library, and the Futique Trust. Excerpted from The Timothy Leary Project: Inside the Great Counterculture Experiment, published by ABRAM

In the 1960s, a one-time Harvard researcher helped transform psychedelic substances into counterculture mainstays. Though even ancient cultures had used plants to produce hallucinogenic experiences, Timothy Leary gave psilocybin mushrooms and LSD a particular political and creative meaning. Ultimately, the drug-induced trips of the ’60s yielded a new aesthetic that still resounds throughout artistic practices today.
Leary, who’s associated with the iconic mantra “turn on, tune in, drop out,” was born in 1920 and graduated from the University of California, Berkeley, with a Ph.D. in psychology. He joined Harvard’s faculty in 1959, and a year later, at the age of 40, tried psilocybin mushrooms (“magic mushrooms”) for the first time. (Harvard eventually fired him.)
The middle-aged academic was so enthusiastic about the experience and its salubrious potential that he became, perhaps, psychedelic drugs’ greatest evangelist in the country, advocating their powers to aid “mind expansion.” As he infiltrated American bohemia, Leary helped establish our contemporary conception of creativity as a component of well-being, a quality to be unlocked by an open, receptive mind.
Experimental filmmaker Jonas Mekas, who met Leary once, doesn’t quite agree. “Creativity, who cares about creativity?” he told Artsy recently. “Art was even in the caves 50,000 years ago. Creativity has been part of humanity since the beginning. Timothy Leary did not invent it or change it. It comes from heaven.”
In the summer of 1965, Mekas journeyed out to the Hitchcock Estate in Millbrook, New York, a commune of sorts where Leary had moved with Richard Alpert (now known as Ram Dass) in 1963. The setting was idyllic: lush fields, a 64-room white mansion with elegant green turrets, and a trampoline for the children. Leary and Alpert often hosted weekend workshops for what their brochures called “external support for consciousness expansion.” In addition to Mekas, notable artists from a variety of cultural realms—jazz musician Charles Mingus, writer Allen Ginsberg, and writer Ken Kesey and his band of “Merry Pranksters”—visited throughout the 1960s.
Mekas recalled a brief walk he took with Leary, who offered to supervise him if he wanted to try LSD. “I said no, I do not want to take LSD, because my greatest drug experience was Rimbaud,” Mekas said, referring to the French poet. “Rimbaud sent me to inner spaces, and no matter what I try, nothing did what Rimbaud did to me.” They walked in silence back to the mansion, and Leary didn’t bring up LSD again. Instead of tripping, Mekas read and shot footage for the rest of his time in Millbrook.
Later, Mekas overlaid his quick, disjointed clips of the tranquil setting with audio from a real interview between a journalist and a sheriff who’d raided the mansion (assistant district attorney G. Gordon Liddy, who ultimately went to prison for his involvement in the Watergate scandal, instigated many raids on Millbrook throughout the 1960s). The sheriff describes the mansion as a den of iniquity, a humorous contrast to Mekas’s shots of dewy grass and happy kids. Through the ironic juxtaposition, the filmmaker underscored the tensions between the era’s authorities and counterculture activists.
Eventually, in 1966, Mekas did try LSD. Filmmaker and performance artist Barbara Rubin (who also famously introduced Andy Warhol to the Velvet Underground) supervised the trip. Mekas wasn’t enamored. He pointed out that psychedelics were really more popular on the West Coast, that their impact has been somewhat exaggerated in popular culture……….. 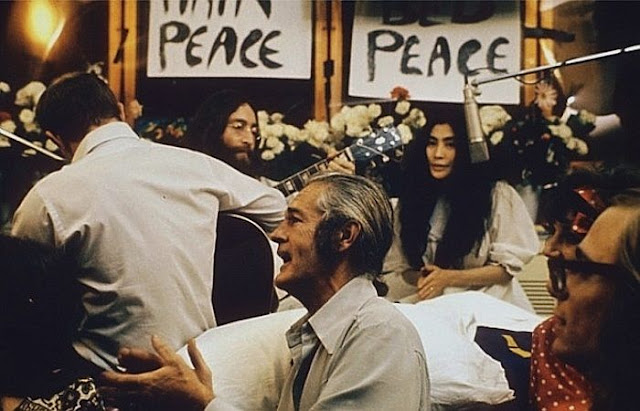