Dutch National Opera have entrusted their new production of Les Contes d’Hoffmann to the young German director Tobias Kratzer whose international career took off when he won the Graz 'Ring Award' in 2008. Renowned Carlo Rizzi conducts the Rotterdam Philharmonic. John Osborn sings the lead role with an exceptional cast of leading female singers as required by the catalogue of ladies with whom Hoffmann is besotted. 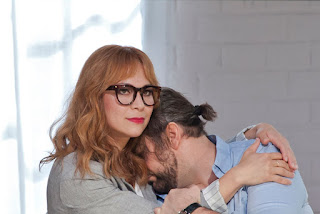 Les Contes d'Hoffmann
Offenbach
Location:      Dutch National Opera, Amsterdam                  Date:  28 June 2018 at 19:00
It is well known that alcohol and love sometimes do not mix so well. In Hoffmann's case he is challenged by Councillor Lindorf to speak more about three of his great loves, as he apparently has much to learn about matters of the heart. Offenbach, established as composer of operettas, had his sights on a full opera but never lived to see this performed before his death. Many years later, new sections of the score were discovered, and today Dutch National Opera offer their version of Les Contes d’Hoffmann, complete, of course, with Belle Nuit, O Nuit d’amour one of its most popular duets.
Sung in French
Subtitled in English, French and German with possibility of auto-translation into 114 other languages.