TED GREENWALD’S POEMS CHART OUR CONNECTIONS TO THE EARTH

Greenwald combines a Wordsworthian sense of nature with cartoon-like characters.

Douglas Messerli
On June 17, 2016 my friend, poet Ted Greenwald, died at the age of 74, far too young for such a remarkable poetic career to end. 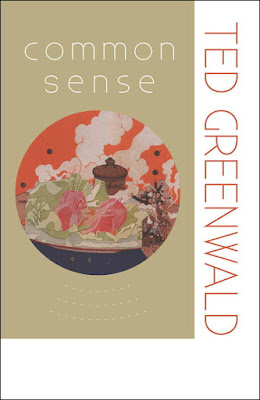 Greenwald was born and raised in New York. He was involved with the New York School as the editor of The Poetry Project’s newsletter during the 1970s (serving on that organization’s board for many years) and the Language poets (he was a close friend with Charles Bernstein). I appreciated Ted for his street-wise talk and his savvy knowledge of nearly everything New York. Throughout most of his adult life, he supported his wife, Joan, and their daughter, driving taxis and delivering newspapers — jobs that few other Language or New York School poets ever held — before later on working in art galleries (a New York School kind of occupation). At times, he clearly resented the fact that he did not have more time to write.

Despite his limited writing time, he produced more than 30 of his own books and numerous collaborations with poets such as Bernstein and Bill Berkson (the latter of whom died on the very same day as Greenwald). I published one of those books, Word of Mouth, and included several of his poems in my anthology From the Other Side of the Century: A New American Poetry 1960-1990 in 1994.
Although Greenwald’s writing draws from eclectic sources (for example, Bernstein, Frank O’Hara, Tom Raworth, Bernadette Mayer, William Carlos Williams, Joseph Ceravolo, and John Godrey) there is never a question that he had his own voice. His poetry could be highly formal or radically disjunctive, but it was always clear that it was Ted’s work.

Particularly in Common Sense from 1978 (reissued by Wesleyan University Press in 2016) and his 1979 masterwork, Licorice Chronicles, about which I have previously written, Greenwald weaves together his densely dissociated fragments into a personally expressive whole, often pointing to the natural world or the society in which he survives. In his tribute to Greenwald, after his death, Bernstein wrote:

Ted Greenwald’s poetry has the down-to-earth feel of the spoken woven into dazzling patterns. While some poems seem off the cuff, his later work is as intricate in its phrasal repetitions as a Persian carpet. Greenwald’s poems often have a no-nonsense, shoot from the hip, hard-boiled style, as if he is speaking with you on the most intimate terms. But this substrate is overlaid with a crystalline, multicolor lacquer. His Jewish accented vernacular speech is sounded out as musical tones, rough edges made exquisite in the alchemy of his poetry, which spins base materials into precariously shimmering fabrics.

Bernstein is referring to Greenwald’s later poetry, but I find the same “shimmering fabrics” in his early work. Consider, for example, the opening stanza of his great poem “Privets Come into Season at High Tide” from Common Sense:

The night on the Great Neck side

near Steppingstone the bargeman walks

over the water the refrigerator opened the mailman fell out.

Opening the closet the grocery boy fell out

banging his head on the floor his knee.

or the laugh on the rug, fold threads weaving in

& out over the bodies on the floor.

under the lawn lamp the rippled footsteps

running from the scene of the hiding, tumbled out on-

to the floor. “What are you doing in there?”

“I am searching. It is good to be free again.”

In this semi-farcical scene, a kind of comical scenario that might be out of the Marx Brothers’ A Night at the Opera (1935), Greenwald combines an almost Wordsworthian sense of nature with cartoon-like characters all in search of freedom and poetic investigation. People and objects rub up against one another, spilling over into a magnificent display of wonderment, similar to a tale by Scheherazade. In the end, the poem evokes the enchantresses’ magical escape from death in the telling of the tale:

the chattering of teeth on the ground,

The whim drawing the danger thru the dust out of the corner,

At times, Greenwald it appears so determined to consider alternate possibilities that his poetry breaks down into parenthetical units, jiggling the reality of what he is attempting to say, as in the poem “Jiggles”:
targets cluster . (or is it) targets huddle .

unsettling (my) eyes settle in a cloud .

eyes settle on a cloud .

Everything is unsettled in this poem, even the punctuation, separated from the very phrases it ostensibly structures. Images and language seem to cut across reason (almost as in a migraine headache): sharp jabbing visions that sever the logic of the poem create the sense of complete disorder.

In the following poem, the beautiful “Elegance and Umbrellas,” the poet seems to meld a trip between Paris and New York which suddenly links up the images and scenes of Gene Kelly’s famous dance in Singing in the Rain with his later An American in Paris.

To assume a new character, when the old one wore

And dreamed up a girl “deja vue”

Out. In years days say hours,

The room, the road broad leaves shivering       in the wind

Moves slowly over the Atlantic toward New York.

I’m all mixed up about things

Throughout these poems, Greenwald overlays the actual world with a psychological portrait of himself and his subjects. Ironically, this distorts the mundane notion of “common sense.” Yet, it reveals the true “common sense” that lies in romanticized life in the face of one’s gritty, day-to-day existence. In that respect, a deep yearning exists in Greenwald’s poems for encounters that may seem impossible in everyday life. His judgment of friends and evaluations of others, flippant at times, masked a desire for more affection and love, more idealized relationships. There are dozens of examples of this in Common Sense, but I’ll just quote from the poem, “Goes On,” which reveals his determination to stay in the dance:

Comes out the speaker

On some other body

They get up to dance

A few threes and fours

Can I have this dance

Who wants to know

In the end, Greenwald does present a kind of common sense — proposing that we reacquaint ourselves with our relationships with nature and our desires for one another, and that we become fuller human beings through our exchanges with the Earth. I miss the sometimes (maybe even frequent) critic of our failures that Ted Greenwald was. I think we need him now more than ever.

Common Sense (2016) by Ted Greenwald is published by Wesleyan University Press and is available from Amazon and other online retailers.