IN THE LAND OF GUNS, MASCULINITY, WHITENESS, AND POWER ARE OFTEN INSEPARABLE

The exhibition, which consists of photography culled from the Addison Gallery of American Arts’s collection, demonstrates that the gun exists as an ideal, a prop for power, a tool, and as a metaphor.
Seph Rodney 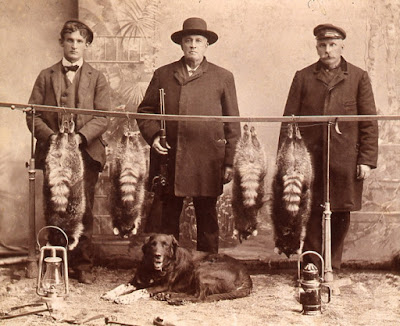 ANDOVER, Mass. — The gun is everywhere in US Culture. Just think of how much it pervades our everyday language: shoot an email; put someone on blast; pick them off one by one; fired immediately; I want to hit that; bust a cap; blast; plug; perforate; fell; gun down; mow down; clap; we need to pull the trigger. It is so much at the root of particular ideas that make this nation tick — intransigent patriarchy, manifest destiny, white settler ideology (which imagines the social world as a place of relentless competition for dominance and sees violence as the primary mediator among men vying for dominance) — that one could argue that the gun helped construct these ideologies. At the very least guns helped disseminate them. Firearms are such a staple of US culture and so insidiously pervasive that you can’t talk about US popular culture without dealing with them. (And guns are disproportionately present here: it has been calculated that US citizens own 40% of the guns existing in the world while constituting about 5% of the world’s population.) When I read that the Addison Gallery of American Art (which is located on the campus of the Phillips Academy in Andover) had mounted an exhibition titled Gun Country, I decided I needed to make the time to see it.
The show, which consists of photography culled from the Addison’s collection, demonstrates that the gun exists as an ideal, a prop for power, a tool, and as a metaphor. The photographs depict gun clubs, gun shops, hunters with guns, various war reenactments that include rifles and the like, guns carried by police officers, by penitentiary guards, by Black Panthers, by small boys figuring out the nature of their powers, who they want to emulate and how to do so. There are even guns christened with the images of idealized, mythic symbols emblazoned on them as in the image “Stand by Your Guns, Men! (#76)” (1872) by Thomas H. Nast. Here, the exhibition gets at how the gun does double duty in cinema and TV shows: as the sidekick of the hard-edged, irascible but duty-bound police officer, and as the main implement for the rebel who breaks the rules and makes all the punks fear him. 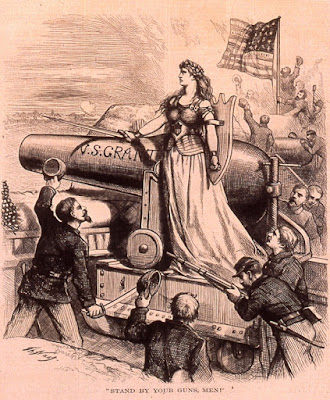 On one wall where most of the images are clustered together I see photographs of young men posing with their guns, such as Larry Clark’s “Tulsa-Print #28” (1959–62). Most of these pictures are made by Clark and Bill Owens (while one picture by Diane Arbus and one by Wendy Ewald attempt to make this suite of images not seem completely masculinist). They likely once read to many as gutsy and authentic, but now they read to me as posturing: the boy pretending to be more bad-ass than he knows how to be, and the photographer posturing as the embedded, audacious chronicler of crusty, unconventional ways of being. Once we viewers might have uncritically commiserated with these images, imagining that the bubble we occupy is too fragile to permit a firearm inside. But our spate of indiscriminate mass shootings has taught us that these images are as much about artifice as they are about aspiration. These men (and oddly, I don’t recall seeing any images of women wielding guns) who are mostly white, and are likely heterosexual are reaching for a dwindling power as other weapons of social control have become more pertinent — protest, legislation, voting, activism. Of course, many men continue to buy up firearms, reaching to grasp what is slowly and surely being lost: the idea that holding a gun makes one powerful and dominant and makes the world bend to one’s will…………….