WHY MICHAEL JACKSON REMAINS A THRILLING INSPIRATION FOR ARTISTS 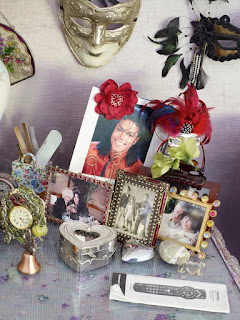 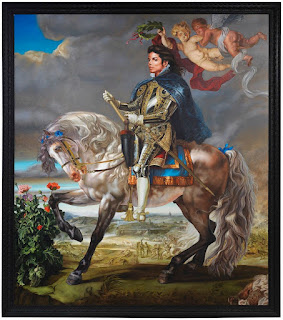 Kehinde Wiley, Equestrian Portrait of King Philip II (Michael Jackson), 2010. © Kehinde Wiley. Photo by Jeurg Iseler. Courtesy of Stephen Friedman Gallery, London and Sean Kelly Gallery, New York.
That Michael Jackson was a strange, unknowable figure is beyond doubt, yet there are a few things about him that we can take as fact. The King of Pop was one of nine siblings in a working class family from Gary, Indiana, who was thrown into the limelight before he had reached his teens. As a solo artist, he bridged the gap between black and white audiences like no entertainer before him, selling millions of records and becoming the biggest star of the 1980s.
But from there on, things got complicated. His appearance changed beyond recognition, and his public persona, too, took on a new character: His behavior, previously perceived as charmingly eccentric, now looked worryingly, perhaps dangerously odd. Jackson’s fall from grace was complete by the time he was arrested on child molestation charges, and though he was ultimately acquitted, his reputation never recovered. He died—horrifically young—a few years later, disfigured, broke, and discredited.
This is the official story. But the strange thing about Jackson is that, more so than any other star, our perception of him is defined by subjective individual responses. For almost all of us born between the 1960s and the ’90s, there will be at least one specific, emotional memory of the man that transcends the usual parameters of stardom. My own takes us back to the northeast of England in 1996, where, as a Thriller-obsessed seven-year-old, I stayed up late to watch Jackson’s appearance on a live televised awards ceremony. (Remember: Quite apart from appealing to fans from different racial backgrounds, Jackson also bridged the age divide like nobody else.) 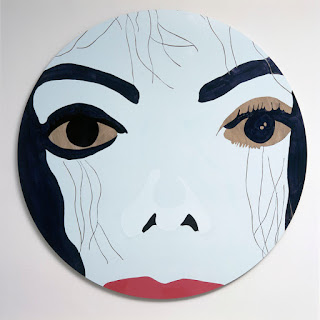 The moment he appeared on the screen in silhouette profiled against an enormous projection of the globe was probably the most exciting thing I’d ever seen on TV. But the thrill turned to something else entirely as his performance of “Earth Song” progressed. A child choir emerged from the flanks of the stage and flocked around him, a piece of choreography that had the effect of making Jackson seem like a Christ-like figure straight from a Victorian Sunday school illustration. At seven, I didn’t possess much in the way of critical faculties, but I knew something about this was just a bit weird. At the end of the song, Jackson threw off his black jacket to reveal a set of pearly white robes. The children gathered closer as piercing lights bore down on the scene, a cheap evocation of a celestial glow. It was ridiculous, so bad I didn’t know where to look. Watching the clip now on YouTube, it seems just as preposterously messianic and ill-advised, its absurdity heightened by a bizarre moment at which Pulp’s Jarvis Cocker leaps onto the stage in protest and starts heckling the oblivious singer.
I felt acute disillusionment, and from there on, my relationship with the soi-disant King of Pop came to be defined by sincere pity. I wasn’t alone. In 2001, Jackson travelled to Oxford University to give a halting, if heartfelt, speech, in which he touched on his own tumultuous upbringing. Shortly afterwards, British artist Gary Hume noticed a photograph of his arrival at the college. Jackson looked terrible, his face rigid from surgery, loose hairs streaming across his forehead. Hume had an immediate emotional response to the image, and decided to use it as a reference for a new painting. The resulting work is notable for using a circular framing that creates a sense of unbearable, claustrophobic proximity to the subject, cutting off Jackson’s face at lip level and hiding his upper hairline. The eyes are rendered as olive-green blotches elaborated with slug-like black shapes, and those stray hairs dangle wildly, like contours on a map. Sensitively, Jackson’s nose is represented only by two uneven, comma-shaped black marks. “I tried to be as sympathetic as I could,” Hume said at the time. “I wasn’t in any sense trying to ridicule him. I feel for him.”………………..