WHAT YOU NEED TO KNOW ABOUT BAROQUE MASTER ARTEMISIA GENTILESCHI 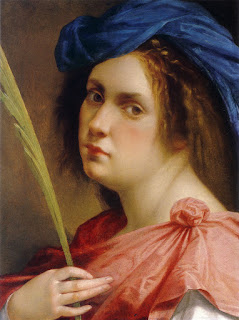 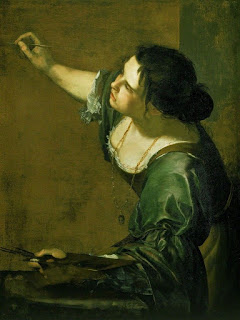 Self-Portrait as the Allegory of Painting

Women didn’t have many career options in 17th-century Italy. Cultural norms funnelled most of them into one of two life paths: joining a convent or becoming a mother. What’s more, laws dictated that the men in their lives (fathers, husbands, even sons) made decisions and purchases for them.
Few women transcended these restrictions. But the skillful, strong-willed painter Artemisia Gentileschi managed to—against all odds. During her lifetime, from the late 16th-century until the mid-1600s, she built a reputation as one of Europe’s most sought-after artists. Rich patrons, like the Medicis, and preeminent kings, like Charles I of England, commissioned her to create massive, expertly modeled compositions, chock full of her signature subjects: biblical and mythological scenes depicting assertive, authoritative women.
Gentileschi was as self-made and as independent as was conceivable in her time—and she fought hard for it. “You will find the spirit of Caesar in this soul of a woman,” she once wrote of herself in a letter to a patron. In several instances, she freed herself from shackles that had been placed on her (whether literally or figuratively) by men. Most famously, she won a rape trial she brought against her teacher, the elder artist Agostino Tassi, in an era when women’s claims were rarely believed over those of their male counterparts. (Of course, we still contend with this issue today, even in the midst of the #MeToo moment.)
Despite all of this, though, Gentileschi’s legacy has been hard-won. After her death, 18th- and 19th-century scholars all but omitted her from art historical texts. Even when her work was rediscovered, in the early 20th century, literature on it was plagued with misattributions and overly sexualized interpretations that focused on Gentileschi’s assault rather than her artistry.
Despite these hurdles, the artist has more recently risen to the top of the canon as one of the first female artists to have a broad, incisive impact on the art of her time. She’s also influenced decades of artists after her—especially those looking for a masterful and tenacious heroine. 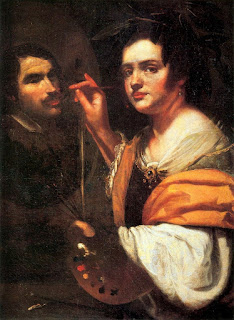 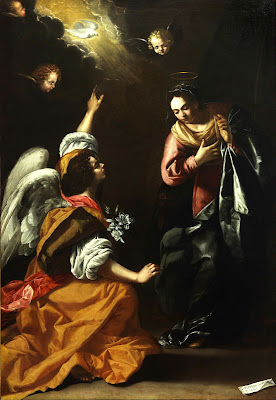 Gentileschi was born in Rome, in 1593, to Prudentia Montoni and painter Orazio Gentileschi. At the time, the dramatic Baroque style pioneered and popularized by Caravaggio was in vogue, and Orazio latched onto it. His studio was a laboratory of exercises in realist figures, theatrical expression, and chiaroscuro.
At a young age, Orazio brought his daughter into his practice as something of an assistant; in the process, she learned her craft. However, it wasn’t Orazio’s intention for Artemisia to become a professional painter. Several times, he tried to send her to the nunnery. This might be because “women’s work remained semi-clandestine and informal, both stimulated by and subordinate to family needs,” as historian Elizabeth Cropper pointed out in an essay accompanying the 2001 exhibition “Orazio and Artemisia Gentileschi.”…………….
https://www.artsy.net/article/artsy-editorial-baroque-master-artemisia-gentileschi?utm_medium=email&utm_source=13508626-newsletter-editorial-daily-06-08-18&utm_campaign=editorial&utm_content=st-