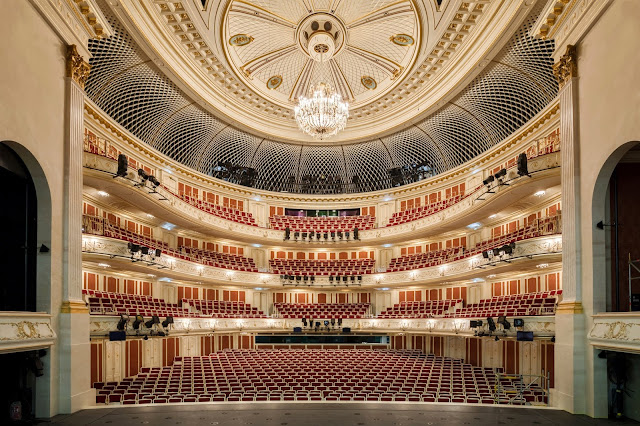 A seven-year restoration of the Berlin State Opera’s home is ongoing, but it is hosting the company’s 275th-anniversary celebrations. Credit Gordon Welters/Staatsoper Unter den Linden, via Associated Press

BERLIN — Since its founding, the Berlin State Opera has lived through a monarchy, two republics and two dictatorships. It is used to strong leaders. On Thursday, when the institution celebrated its 275th birthday with a concert in its newly renovated theater on this city’s central Unter den Linden boulevard, it did so against the backdrop of a new situation: political limbo.

In a welcome address made from the stage, the opera house’s director, Jürgen Flimm, alluded to Chancellor Angela Merkel’s inability to form a governing coalition since her party’s meager victory in the elections held in October. Still, he quipped, things seemed to be working just fine.

“One barely notices that we don’t have a government,” he said.

One thing working very well indeed is the music-making of the State Opera’s orchestra, the Staatskapelle Berlin. In works by Mendelssohn, Boulez and Richard Strauss, the ensemble’s music director, Daniel Barenboim — who also holds the same position in the opera house — drew a burnished and vigorous sound from the orchestra and playing that was confident and free. 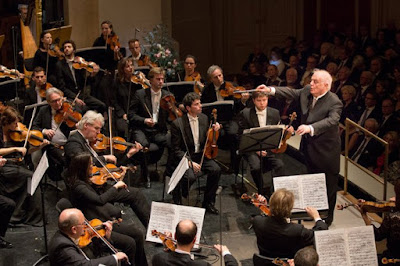 Muddled logistics and ballooning costs have plagued the house’s seven-year renovation process, which is still ongoing, though it is now sufficiently advanced to allow for this weekend’s performances of new productions of Humperdinck’s “Hänsel und Gretel” and Monteverdi’s “L’Incoronazione di Poppea.” But the State Opera’s return home to a modernized building will boost Mr. Barenboim’s efforts to shape this crucial company.

For most of its history, the Berlin State Opera (which has changed names a few times) was inextricably linked to the center of German power. Its founder, the musically inclined ruler Frederick the Great, was involved in the casting and costumes for some productions. He even wrote some arias, and the librettos for two operas, “Silla” and “Montezuma.”

For the Nazis, the house became an important showcase of German cultural might; when it was destroyed by Allied bombers, its rebuilding became a matter of political urgency. After the war — rebuilt once more after a second bombing — it lent prestige to the leadership of the German Democratic Republic. 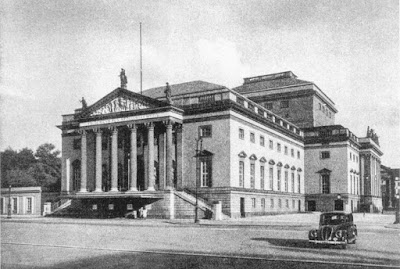 The opera house, shown here in 1942, became an important showcase of German cultural might under the Nazis. Credit Archiv Staatsoper Unter den Linden

After reunification, the opera house had to adjust to the pressures of competition in a reunified Berlin, in which it was suddenly one of several major musical institutions. The German constitution stipulates that culture comes under the jurisdiction of state governments, and the state of Berlin has often been one of the less wealthy.

Misha Aster, the author of a history of the opera house, said in a phone interview that the loss of national patronage still smarts. “With a very short exception from 1945 to ’49 the Staatsoper was always attached to the central government of Germany or of Prussia,” he said, using the company’s German name…………………