THE BROOKLYN BALLET’S NUTCRACKER RAISES THE BARRE ON DIVERSITY

A Nutcracker that keeps the wintertime magic of Tchaikovsky’s opulent score, while speaking the language of Brooklyn.
Angelica Frey 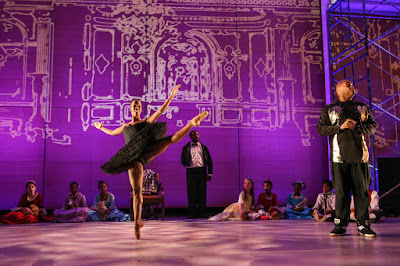 Tchaikovsky’s The Nutcracker, with its outsized Christmas celebration and foray into the Land of Sweets, has become such an ingrained Holiday-time tradition that, more often than not, all these dancing confectioneries tend to feel too cloyingly saccharine, especially when the ballet is just pure repertoire.

Thankfully, Brooklyn Ballet artistic director Lynn Parkerson found a way to make it fresh again, and she did not need to look any further than her own borough.

“Doing a Nutcracker was important. We have a school with many students,” she told me, referring to the fact that the production combines both professional dancers and the company’s student’s, the Brooklyn Ballet Youth Dancers. “I wanted to do a Nutcracker production: it’s the most well-known ballet. It’s the first ballet you get to perform in as a child, the first ballet you dance as a professional. I love the ballet. I wanted it to reflect Brooklyn.”
With an exceptionally diverse corps de ballet, The Brooklyn Nutcracker pays tribute to the borough’s diversity, replacing  Tchaikovsky’s “national” dances (“Chinese Tea,” “Russian Candy Canes,” and so on) with dances that reflect a clearer view of Brooklyn cultures, from the Dutch settlements to the Caribbean communities. 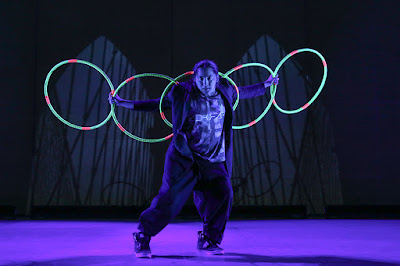 This idea translates exceptionally well on stage: Herr Drosselmeyer is played by the pop-and-lock artist Michael “Big Mike” Fields, who dances smoothly and seamlessly, at times in robotic motions, at times in fluid moonwalking steps, with a classically trained ballerina who recreates the mechanical moves of a wind-up doll.

The land of sweets is a foray into contemporary Brooklyn: in the “Flatbush Angels” number, set to the Nutcracker’s “Magic Castle” theme, hip-hop dancers perform alongside Native-American hip hop virtuoso Nakotah LaRance, who, other than dancing, also manipulates 24-inch-diameter hoops into unusual shapes. The mystical-sounding “Arabian Dance” is a full-on bellydancing number — not the acrobatically sinuous version performed in more traditional ballet productions……………….