TILLYPRONIE — ‘LYING DEEP AMONG THE BROWN AND PURPLE MOORS’ 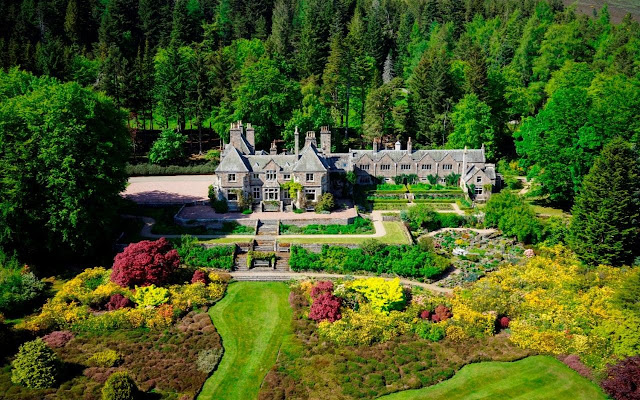 Philip Astor looks back on 150 years of royals, politicians, artists and writers being hosted at Tillypronie, his family’s Scottish sporting estate. Illustrated with works from The Astor Collection offered online 4-18 December and in London, 15 December
There are many houses in Scotland that are grander than Tillypronie; but few, I would wager, that can compete with its majestic position and glorious views over the Dee valley; its wonderful gardens and fine collection of trees; the variety of sport it can offer; and its proud historical tradition and associations.

Furthermore, it is one of those houses that immediately conveys a sense of good cheer and contentment; certainly for me it was always the happiest of homes, both as a child, and after I inherited it when my father died — far too young — in 1984. My parents had bought the house and estate in 1951, and it was obviously a source of great sadness when the period of Astor stewardship came to an end earlier this year. 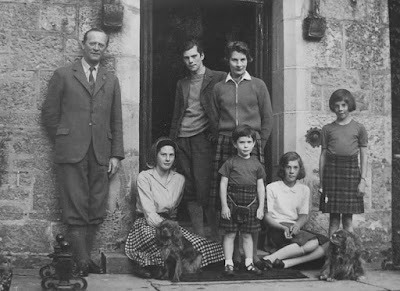 The Astor family at Tillypronie in the 1960s. The author is standing front and centre in his kilt

The house was originally built 150 years ago in 1867 by Sir John Clark, the diplomat son of Queen Victoria’s physician, Sir James Clark, who was himself the son of a butler from Banffshire. The Clark family had played a significant role in introducing the Royal Family to Deeside. For while the Queen was sailing up the west coast of Scotland, with Sir James in attendance, they were beset by constant rain. John Clark, in the meantime, was staying as a guest of a fellow diplomat who had rented the old castle of Balmoral, and wrote regularly to his father extolling both the weather and the beauty of the surrounding countryside.

In due course Balmoral was first leased and then bought by Prince Albert in 1852, and the castle was rebuilt in more substantial baronial style. Sir James Clark himself lived for a period at Birkhall near Balmoral, before buying what was then the small estate of Tillypronie some 15 miles away. Queen Victoria subsequently laid the foundation stone of the new house………..