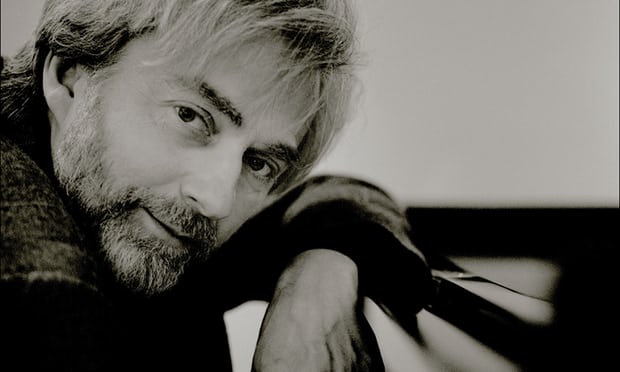 Andrew Clements
Krystian Zimerman was 60 last December. As he reveals in an interview included with these performances, approaching that milestone convinced him it was time to “find the courage” to record the late sonatas by Schubert and Beethoven that he has been including in his recitals for more than 30 years. The first result of that decision is this pairing of the final Schubert sonatas. Other than a performance of Grażyna Bacewicz’s Second Piano Sonata (included alongside her two piano quintets on a DG disc of six years ago), these are Zimerman’s first solo piano recordings since his Debussy Préludes appeared in 1994.

Characteristically, the performances have been prepared with immense care. To recreate something of the sound world that Schubert would have known, Zimerman used a tailor-made piano, replacing the standard Steinway keyboard and action with one he designed and made himself. The hammers strike the strings at a different point, creating a new set of overtones and hence a different range of keyboard colours, and the action becomes lighter too. (Played on a modern grand, he says, “the many repeated notes in Schubert could turn into Prokofiev.”)

Certainly there is nothing remotely percussive here. The piano sound lacks the fulsome insistence of a modern instrument, but is also without the differences between registers that a period one would have, and with strictly rationed use of the sustaining pedal, it allows Zimerman to create textures of fabulous transparency and flexibility, especially in the slow movements of both sonatas.

The A major Sonata, D959, may lack some of the rugged grandeur of, say, Rudolf Serkin’s classic recording, just as the bass trill that punctuates the first movement of the B flat, D960, is less minatory than in some performances. Zimerman’s performance of that sonata is worlds away from the dreamy spaciousness of Sviatoslav Richter’s approach, too. But both sonatas have an unfailing sense of rightness and proportion to them, with every choice of tempo seeming natural and unforced, while the attention that Zimerman pays to the minutest detail of the phrasing never becomes an end in itself.

There are certainly more strikingly individual recordings of both sonatas to be found, good and less good, but few that are so consistently thoughtful and musical, and so technically impeccable too.

Since you’re here …
… we have a small favour to ask. More people are reading the Guardian than ever but advertising revenues across the media are falling fast. And unlike many news organisations, we haven’t put up a paywall – we want to keep our journalism as open as we can. So you can see why we need to ask for your help. The Guardian’s independent, investigative journalism takes a lot of time, money and hard work to produce. But we do it because we believe our perspective matters – because it might well be your perspective, too.

It is a paper I trust. It provides reasoned argument. It keeps alive the imperative of a social conscience. It ‘makes my day’.
Robert C, Kosovo
If everyone who reads our reporting, who likes it, helps fund it, our future would be much more secure. For as little as £1, you can support the Guardian – and it only takes a minute. Thank you.