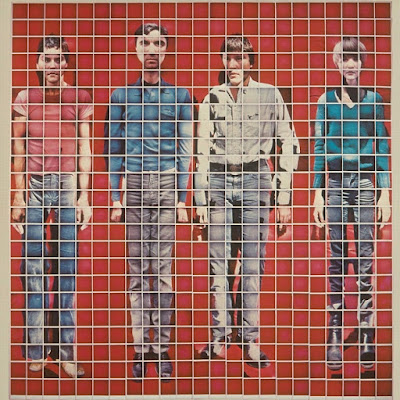 Talking Heads belong to the alternative rock canon’s highest echelon, universally beloved as icons of quirk, and will remain so in perpetuity as new generations of aesthetes discover their back catalog and the joys of gawking over the Stop Making Sense video with a group of friends. Ukulele covers of “This Must Be the Place” abound on YouTube, as do Remain in Light T-shirts at music festivals; Heads posters to this day adorn the bedrooms of indie fans across the globe. By the time they were inducted into the Rock & Roll Hall of Fame in 2002, they had made their mark: art-pop bands were free to play with funk and “world” genres from a punkoid base, nerdboys free to present themselves as such.

Their legacy has persisted, just as their overt presence in the rock world has shrunk. They’re so obviously omnipresent, their model so played out, it’s almost gauchely self-evident when bands namecheck them as an influence. So, the peculiarities of their discography still startle. Compared to other icons of quirk in the same league, like Bowie and Lou Reed, the harshness and tightness of early Talking Heads alarms. Compared to the few other big quasi-new-wave bands filling arenas in the ‘80s, like R.E.M. and U2, their refusal to appreciate things like beauty and emotions seems both convoluted and inhumane. In a sense they’re too weird to engage with directly, given the sincere literalism of the current critical moment. That’s one reason More Songs About Buildings and Food remains a terrifying listen.

Art school refugees attracted to aesthetic ideals of starkness and extremity, Talking Heads surfaced in the ‘70s New York punk scene, one of the early CBGB bands. From the start, in live performance and on record, they distinguished themselves musically from the punk template with a wired lankiness that suggested nervous, rather than cathartic, energy. Their 1977 debut, the eponymous Talking Heads: 77, is the dinkiest of the classic punk debuts, fusing punk’s economical spareness with strained mock cheer. The songs that resulted are animated less by a dialectic than the surprisingly rich common ground between theoretically distant sensibilities. The band sound rattles, deploying skewed guitar shrieks and melodious ditties in equal measure, anchored by the supple, reliable rhythm section of bassist Tina Weymouth and drummer Chris Frantz’s. “Psycho Killer” and “No Compassion” typify their harsh side, as David Byrne and Jerry Harrison’s choked guitars unwind from their coils to slash at each other. The gloriously chirpy “Don’t Worry About the Government” is an advertising jingle by comparison, but it shares with “Psycho Killer” a detachment, an angularity. Always there’s the sense that the song is playing a joke on you.

Most crucially, the album establishes Byrne’s carefully constructed persona as lead singer. Imagine The Office’s Dwight Schrute as a Don DeLillo protagonist. As introduced to the world on Talking Heads: 77, David Byrne is not a punk, he’s a geek, and hardly a lovable one — the grownup version of the weird kid who sat in the back of the class and mumbled to himself, who stared at his feet and clenched his jaw, so lost in his own thoughts he never talked to anyone else. He’s white collar, having landed in a generic corporate management job through his obsessive work ethic and slavish deference to authority; there he sputters proclamations like “This report’s incomplete” and “I’m gonna give the problem to you.” He believes in science, business, and government, with absolute faith that the system will take care of people and put them in their place. He’s a proponent of enlightened self-interest and considers himself a gifted motivational speaker. He believes in action over talk, hard logic over feeling, decisiveness over introspection. “Decisiveness” is one of his favorite words. He’s always careful to use proper technical language. He writes songs about business with an insider’s ease and writes love songs like he’s trying to analyze a scientific phenomenon foreign to him. He has a purist’s disdain for human weakness and the squishier emotions, like lack of total self-control, or “compassion.” Often his disdain spills over into seething rage. He’s too repressed to do anything about it or even process the emotion, and it confuses him.

Men like this exist in droves — awkward, frustrated, but dangerous droves — and the Internet has increased their visibility. We’re acutely conscious of them whenever they type out paragraphs of technical minutia; whenever they correct women to make a show of correcting women; whenever they flaunt false notions of rationality and objectivity; whenever we encounter words like “mansplain,” “scientism,” and “incel.” (The Byrne of “I’m Not in Love” would sneer at “incels” for wanting to have sex in the first place.) Byrne invented the character as a nightmarish exaggeration, before the type was so broadly familiar. Dramatizing social ineptitude was his way of fusing punk with art school; it meant he could play around with tropes and themes. Through the eyes of the geek, he could drag cultural tendencies to their logical endpoints and distort the world into a dystopia he claimed to prefer over real life.

The perverse fantasies enacted by Byrne on early Talking Heads albums are a mutated form of satire — they don’t exactly uphold conventional values, but they’re so cheerful about pretending to that they don’t code as challenges either. The character isn’t himself the object of satire, nor are the opinions he espouses, nor the situations he finds himself in. But a rationalist’s voice is perfect for revealing subliminal feelings usually left unarticulated, because to him they’re not feelings, and he’ll openly admit to them — he’s rationalized them all. What horrifies about Talking Heads is how calmly and reasonably Byrne expresses the awful little unsaid thoughts that cross our minds regularly. All the tiny daily moments of loathing for people ahead of you in line, cutting you off on the highway, walking slower than you on the sidewalk, standing too close to you in the elevator. All the sudden impulses brought upon us by impatience and exasperation that we immediately ignore and discard for our own social survival and humanity’s greater good. All the logical contortions we go through to justify feeling as we do, forgotten once the feeling passes, all presented brightly, neatly, as if they’re totally normal, because they are…………….