MUST-SEE EXHIBITIONS OF SUMMER 2018: THE USA — AND BRAZIL 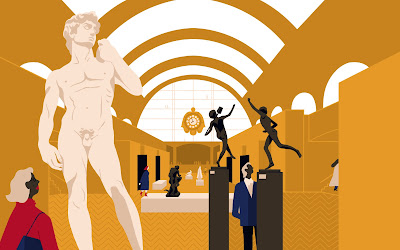 While Klimt and Schiele are dazzling New York, the Pre-Raphaelites are making a splash in San Francisco — here’s our roundup of these and the other major exhibitions from Chicago to São Paulo that you won’t want to miss this summer
1Charles White: A Retrospective
The Art Institute of Chicago, Illinois, until September 3 2018
A Chicago native, Charles White was part of a flourishing of black artists in the 1930s who employed art to protest their struggles and desires for social change. He stuck fast to his figurative style during his four-decade long career — even in the face of fashionable Abstraction — while engaging with civil liberty issues, and became an accomplished and celebrated artist who addressed themes that still resonate in America today.
As a teacher at  Otis Art Institute in Los Angeles between 1965 and 1979, his pupils included David Hammons and Kerry James Marshall. This is the first major retrospective of White’s prints, drawings and paintings to be mounted in 35 years, and the show will travel to MoMA and LACMA until 2019. 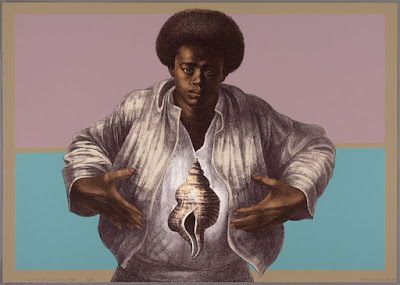 2Made in L.A. 2018 Hammer Museum, Los Angeles, until 2 September
The cream of contemporary art talent will be on display at Made in L.A. 2018, the Hammer Museum’s fourth biennial exhibition. Curated by Anne Ellegood and Erin Christovale, it features work by more than 32 artists active in the greater Los Angeles area, with a strong emphasis on emerging figures.
Although it’s very diverse, certain themes emerge: the history and culture of the city, the political situation today, personal explorations of the body, the role of ritual, and climate change.

Find out more about the must-see exhibitions in Europe for summer 2018
3Fabergé Rediscovered Hillwood Museum, Washington, D.C., until 13 January 2019
Marjorie Merriweather Post’s biggest claim to fame today is as the General Foods heiress who originally owned the Mar-a-Lago estate since bought by Donald Trump. But this brilliant figure — a shrewd businesswoman, thrower of parties that rivalled a queen’s, and generous philanthropist — was also a discriminating collector of decorative art. As luck would have it, she and her third husband Joseph E. Davies were in the Soviet Union, where he served as ambassador, when Stalin started to sell off the tsarist collection at knock-down prices to raise money to fund armament and industrialisation programmes………………