DRESSING UP MY DOG AFTER WILLIAM WEGMAN’S PHOTOS OF WEIMARANERS

Wegman’s new book of Polaroids Being Human took me back to the ’90s, when my sister and I dressed up our own Weimaraner in the style of the artist’s dogs.
Elisa Wouk Almino 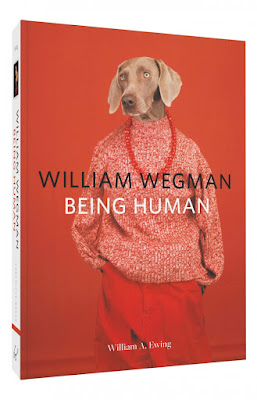 Over the past 47 years, the artist William Wegman has owned 10 Weimaraners. Each silky gray dog has starred in Wegman’s photography, adorned in wigs, sunglasses, and heels, and dressed as characters ranging from George Washington to Mother Goose. These images were wildly popular in the ’90s, featured in calendars, television shows, and countless children’s books. I, for one, learned the letters of the alphabet with “Alphabet Soup,” a short film in which two of Wegman’s Weimareners cook soup (dressed, naturally, in aprons), while others elongate and contort their limbs into the ABCs.
Wegman did not set out to photograph dogs. According to him, he had no choice. Upon bringing his first dog, Man Ray, to the studio, the puppy demanded the center of attention. “He was impossible,” writes Wegman. “Except when he was in front of the camera — then he was different.” In the spotlight, Man Ray was as sedate and still as an object. Wegman’s experiments with his first dog were slightly tamer; he didn’t venture much beyond painting Man Ray’s nails red. 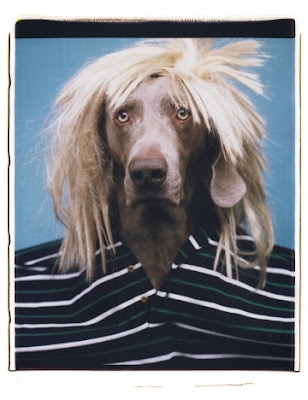 It was the beautiful Fay, Wegman’s second dog, who took on the bolder challenges, balancing objects on her nose and sporting dresses. “Fay needed to work,” says Wegman. “She reveled in it.”
Each of Wegman’s dogs has had a distinct personality. A new book, titled Being Human, collects a selection of Wegman’s Polaroids, where we meet all the characters, including the serious Fay, the languid Batty, and the athletic Candy. In a surprisingly touching essay, Wegman describes his dogs as moody friends, loving companions, curmudgeons, impatient children, and workaholics. Indeed, there is something uncanny in how his dogs remind us of the people we’ve known, like the frazzled friend “Estella” or the mildly boring dude “Shawn.”…………. 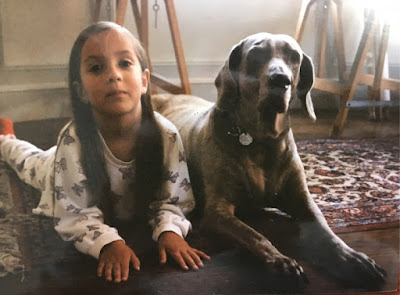