HOW THE ART WORLD, AND ART SCHOOLS, ARE RIPE FOR SEXUAL ABUSE

The art world is structured in a way that enables abuses, and the problem is especially acute at art schools.
Coco Fusco 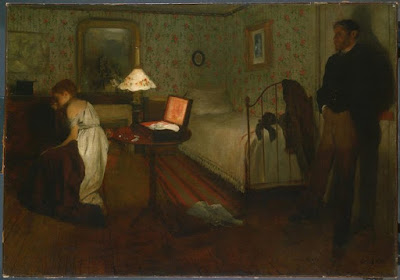 This is not the first time I have written about sexual harassment, and it probably won’t be the last. In 1994, I published an account of my experience as a caged Amerindian, a performance I created with Guillermo Gómez-Peña. At the end of my cataloguing of the audience’s unexpected reactions to us, I detailed an experience that I had had at the age of 22. That encounter made me understand viscerally just how invested Europeans and Americans were in the racist fantasies that I had explored in the performance. Though that essay has been republished dozens of times and I receive requests for interviews about the performance to this day, no one ever asked me about the perpetrator. I hadn’t mentioned his name because he was still alive at the time and I worried that he might retaliate. He’s dead now.

I was sexually accosted by the renowned ethnographic filmmaker Jean Rouch, who is credited with having invented a better way to look at Africans. At that time he was in his 60s. I was in Paris looking for work and he invited me to a meeting that was supposed to be about a film job. Ironically, he found me by calling my mother in New York, who did not find cause to mistrust the request. Instead of taking me to a meeting with a producer at a nearby restaurant according to the agreed-upon plan, Rouch drove me over an hour away to his house in the countryside in what seemed to be the middle of nowhere. There, he proceeded to strip down to a thong that was partially hidden by his protruding belly, prance about his yard and grill a steak. He handed me a basket and told me to go hunt for nuts and berries as if I were a preindustrial nomad, and ranted on about how he wanted to act out his dreams with me. I stayed in his car, unwilling to join in his theatrics, but puzzled as to how to leave since I had no idea where I was or how to get back to Paris. Since I didn’t cooperate, he became antagonistic during the ride back, deriding me as naive, grabbing at me while he drove and eventually tearing my shirt before I opened the car door at a traffic light and ran off.

I had met Rouch at a conference at Harvard the year before. I was a senior in college at the time, interning with a documentary crew that was making a film about Laotian refugees in Rhode Island. The male film directors I worked for were very happy that I had caught the eye of the master. Rouch seemed impressed by my fluent French and said he wanted to stay in touch. My much younger self thought it was safe to give him a campus PO box for an address. I received a postcard from him about how he dreamed of me as an incarnation of André Breton’s Nadja that I did not answer. I thought he was crazy and my French lit professors had not taught me to contemplate the uses of Surrealism for seduction. But the following year, I was alone in Paris and frustrated by my inability to find the fulfilling work. Everywhere I went, I was subject to unwanted advances from men — in the street, on the metro, at interviews for jobs teaching English. I thought that I could keep Rouch under control if I met him in a public place, but he outsmarted me. Shortly after the incident with Rouch, I was sexually accosted by the sociology professor who was renting me a room. He came onto me one afternoon when his wife was out at work. At that point, I lost my nerve, packed my bags and returned to the US…………………….