BOWES MUSEUM. JOSÉPHINE BOWES - THE WOMAN OF FASHION CELEBRATING 125 YEARS OF HER MUSEUM

The Bowes Museum continues its 125th anniversary celebrations with a new display, Joséphine Bowes – The Woman of Fashion, which opens in the award winning Fashion & Textile Gallery later this month.

Building on the theme and popularity of Joséphine Bowes – A Woman of Taste and Influence, a recent exhibition which paid tribute to the woman who was a driving force behind the Museum’s creation, this in-focus display will highlight her influence as a socialite and devotee of fashion.

“In contrast to the earlier exhibition, this display will be an unveiling of the ‘physical’ Joséphine, using existing links with her, including two of her bodices, pieces of her jewellery, and her fashion plates from our archive,” said Hannah Jackson, the Museum’s Fashion and Textile Curatorial Assistant.

“Joséphine dressed in the height of fashion and was indulged in her love of fine clothes and jewellery by her husband John,” she added. “She patronised the leading couturier of the day, Charles Frederick Worth, who dressed European royalty including Empress Eugénie of France, who was Joséphine’s contemporary. Bills on show from the Museum’s archive show that she was spending large sums of money on her clothes and accessories.”

Among the key pieces in this latest show is a newly conserved lavender silk evening bodice worn by  Joséphine, which will be teamed with a specially commissioned matching skirt, reconstructed by renowned historical and theatrical costumier Luca Costigliolo in an imitation of the woven geometrical design taken from the original bodice.

“The silk for the skirt was sourced by Luca in his native Italy,” said Hannah. “He designed and cut the skirt, which was then sewn by costume interpreter Viviane Chen, using Luca’s own pattern based on historical research. He also designed and made the crinoline and petticoat to create the correct fashionable silhouette.”

The stunning machine embroidery was produced exclusively for the Museum, without charge, by the firm of Bischoff, St Gallen, Switzerland, famous for the quality of its Swiss embroidery and lace. The digital design was created by Leon Maurice, senior lecturer, School of Design, at Northumbria University.

“We are very grateful for the donations we have received to kick-start this project, including one from the Museum’s former Director, Elizabeth Conran, who set the ball rolling,” said Hannah. “However, we are keen to encourage further donations to enable us to complete the project so if anyone would like to offer their support please contact our Fundraising Officer alison.nicholson@thebowesmuseum.org.uk”.

Also unveiled in the display will be a midnight-blue velvet evening jacket by the famous couturier Elsa Schiaparelli, purchased for the Museum by Hannah with the aid of an Art Fund New Collecting Award, which awarded her a grant of £60,000 to invest in a capsule wardrobe of French haute couture in homage to Joséphine, herself a Frenchwoman.

The fitted evening jacket was created for Schiaparelli’s autumn/winter 1937-8 collection and is richly embroidered by Lesage, with gilt strip and cord, sequins, rhinestones and three large turquoise star shaped buttons.

One of Joséphine’s blouses - an article of clothing which became very fashionable in the early 1860s, making separates an appealing trend for the first time - will also feature in the display. 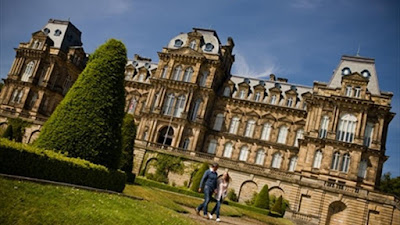 “The Fashion & Textile department’s long term aim is to focus its collecting in a more French direction, in order to reflect Joséphine and the core history of the Museum, and we hope this new display will give our visitors a further insight into the world of this pioneering and fascinating woman,” said Hannah.