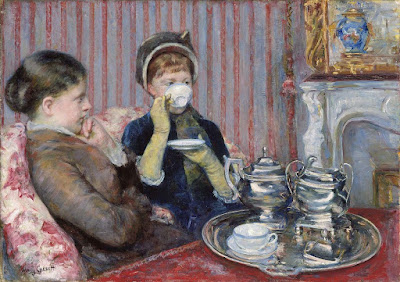 Gathered in an Eden-esque orchard, a group of women in fully contemporary dress pluck apples skillfully and intently. Turning, they pass the alluring fruits on to the next generation that waits nearby.
This was Mary Cassatt’s vision of the modern world, painted on the wall of the Woman’s Building at the 1893 World’s Columbian Exhibition in Chicago. In it, she depicted a new origin myth: Rather than Eve, causing the fall of mankind, these women presented a hopeful allegory where knowledge (and equal opportunity) was available to all.
The message was true to Cassatt’s ideologies—she was a champion of woman’s ability to stand alone—but it was also radical. As Cassatt recalled, “An American friend asked me in a rather huffy tone the other day, ‘Then this is woman apart from her relations to man?’ I told him it was.” 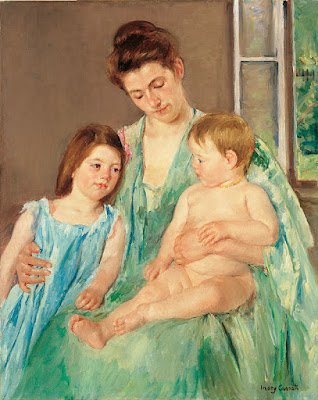 Although Cassatt was not the only woman painter to show with the Impressionists, she was the sole American to be officially incorporated into the movement. Today, she is best remembered for her arresting portraits of women and children in the private sphere. Her images of domesticity are as revisionist as her Biblical subversions at the World’s Fair—paying tribute to, rather than trivializing, feminine experience.
Cassatt was born in 1844 to an affluent family in Allegheny City, Pennsylvania (now Pittsburgh). Her parents allowed, even encouraged, their daughter to take drawing lessons during a years-long family trip through Europe—although they would have reservations later in life when she decided to pursue a career in the arts. At the time, it was uncommon for upper-class women to work as professional artists. The occupation, associated with mistresses, nude life-drawing classes, and public life, ran contrary to a woman’s expected role as mother. Throughout her life, Cassatt would vacillate between her unconventional choices (both professionally and personally—she never married) and the decorum of her upbringing. 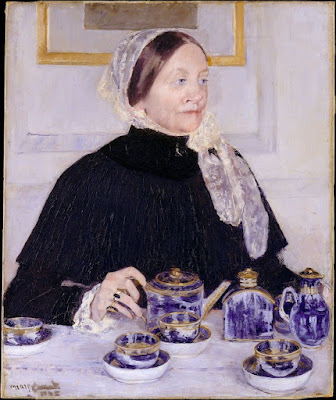 But back in Pennsylvania after her time abroad, Cassatt couldn’t help but yearn for the art world of Paris. Just after the end of the Civil War, Cassatt finally traveled with a classmate to France to study painting in the City of Lights, where she would spend most of her life. In 1877, after a dozen years of study, copying in the Musée du Louvre, and occasionally showing in the Paris Salon, she received a pivotal visit from Edgar Degas.
Degas invited her to show with the Impressionists—the moment, Cassatt later said, that she “began to live.” By accepting, she became “part of an egalitarian art movement,” says University of Leeds professor Griselda Pollock. Degas, who would become Cassatt’s champion, confidant, and collaborator, indoctrinated her into his Impressionist circle. In a break from tradition, these artists were exploring everyday experiences on their canvases, painting “their own families, their social relations, the places they [went] on holiday,” Pollock says……………..