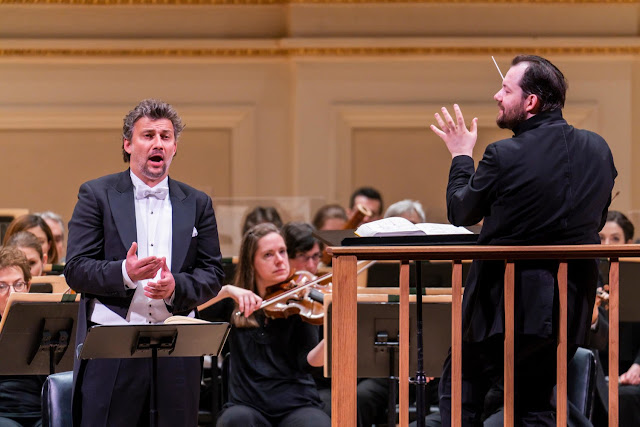 There was one big question hovering over the Boston Symphony Orchestra’s ambitious programs at Carnegie Hall this week: How would the tenor Jonas Kaufmann fare in his trial run in one of the mightiest roles in opera, Wagner’s Tristan?
For the second program, on Thursday, Andris Nelsons, the orchestra’s music director, led a concert performance of Act II of “Tristan und Isolde.” For both Mr. Kaufmann and his Isolde, the soprano Camilla Nylund, this 75-minute act, which contains the most unbridled, aching and ecstatic love scene in the repertory, represented first attempts at these touchstone roles.

Isolde is a summit for dramatic sopranos, and Ms. Nylund brought vocal radiance and affecting volatility to her performance. But a great Tristan is a real rarity. Is Mr. Kaufmann, who has excelled as Wagner’s Lohengrin, Parsifal and Siegmund, the Tristan we’ve been waiting for?

There were tantalizing moments — long stretches, even — in his courageous performance. When Tristan arrives at night to meet Isolde, Mr. Kaufmann combines virile energy with dusky colorings to suggest a man caught between desire and world-weary sadness. But he was particularly fine when passions calm for a while and the two lovers sink into Wagner’s nocturne, longing to be eternally united in death. The covered quality of Mr. Kaufmann’s voice, in which even firm, sustained notes have a slightly shaded cast, was what you dream of hearing when Tristan sings these melting phrases.
A great Tristan must have vocal endurance to sing the entire role, and Mr. Kaufmann still seems to be finding his way. He also appeared to be grappling with some congestion and took frequent sips of water. But this was a big step.
The mezzo-soprano Mihoko Fujimura sang Brangäne with big, bright sound and urgency. The stentorian bass Georg Zeppenfeld brought sad dignity to the scene when King Marke, who has been like a father to Tristan, is crushed by the young man’s betrayal with Isolde, who is betrothed to Marke. 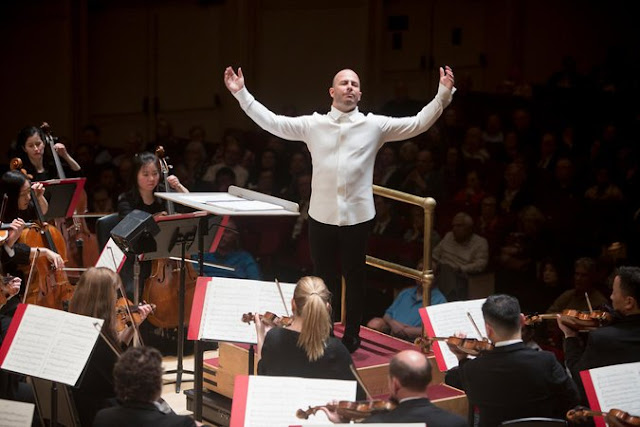 Mr. Nelsons drew vivid colors — dark strings, reedy woodwinds, mellow brasses — and impressive clarity from the orchestra. He brought shape and flow to the coursing music. Some of the playing, though, was a little blunt and forceful, especially when the lovers had their first ecstatic exchanges. The orchestra sometimes swamped them.
Bluntness of the most exciting kind, however, characterized the performance Mr. Nelsons led on Wednesday of Shostakovich’s Fourth Symphony. This 70-minute, three-movement work for an enormous, brassy orchestra, written in the mid-1930s, shows the composer at his most audaciously modernist. The music seems to defy formal constraints, shifting from crazed vehemence to bitterly ironic dances, blasting marches to spans of industrious counterpoint. It’s confounding. But Mr. Nelsons and his players had me hooked…………….