THE SALE OF THE CENTURY: A LOOK INSIDE THE ROCKEFELLER AUCTION CHRISTIE'S WILL AUCTION OFF THE COLLECTION OF DAVID AND PEGGY ROCKEFELLER IN MAY.

The vast treasure trove of more than 2,000 objects is estimated to sell for more than $500 million.
All of the proceeds from the sale will go to charity.
Robert Frank        | @robtfrank
David Rockefeller Jr. is sitting by the fire at his farmhouse in upstate New York, reminiscing about his father, the late David Rockefeller.

"One of his repeated phrases was 'the best,'" David Jr. recalls of his dad, who died last year at age 101. "He would say 'This is the best steak I've ever had.' Or 'These are the best scrambled eggs I've ever had.' We used to kid him about it. But I came to understand that he was really feeling that. It was his gratitude."

"He was also a master of understatement," David Jr. said. "He would say things like 'I've had quite an interesting life.'"

It's no understatement, however, to say that the incredible life of David Rockefeller — the last surviving grandson of Standard Oil billionaire John D. Rockefeller — is about to give rise to the sale of the century. In May, Christie's will auction off the collection of David and Peggy Rockefeller, a vast treasure trove of more than 2,000 objects that's estimated to sell for more than $500 million. Many art experts expect the total could approach $1 billion. 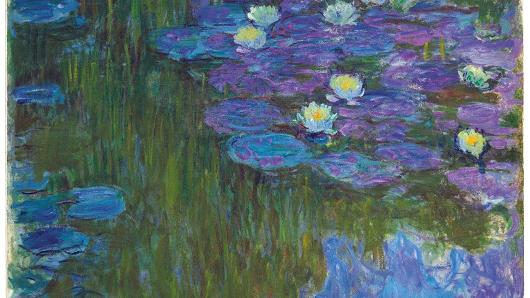 Either way, it will be the largest auction of a single collection in history, far surpassing the collection of Yves Saint Laurent in 2009, which hit $485 million and holds the record.

All of the proceeds from the sale will go to charity. David Rockefeller, the ultimate American Brahmin, served as the longtime chairman and CEO of Chase Manhattan Bank and was a confidant of presidents, prime ministers and royals alike. He was a voracious and expert collector. He and his late wife, Peggy, traveled the world starting in the 1940s in search of the finest paintings, sculptures, fine china and collectibles that he could find.

Now, their homes are being sold and virtually everything inside is heading to the auction block.

It will be the ultimate billionaire's yard sale, with famous works by Picasso, Monet and Matisse, as well as prized Asian Buddhas, Latin American art, African masks, English furniture and diamond jewelry. Their massive collection of fine china — among the largest ever offered — includes Napoleon's favorite dessert service set, which the emperor loved so much he took it with him into exile on Elba.

The star of the sale will be Picasso's "Young Girl With a Flower Basket," a rare piece from the artist's coveted Rose Period. It could sell for more than $100 million. A Monet water lilies painting, which hung in the sweeping stairwell at Hudson Pines, could fetch $70 million. And a Matisse reclining nude, called "Odalisque Lying with Magnolias," could reach $90 million. 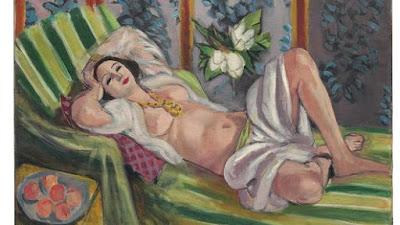 Four homes owned by David Rockefeller — in Manhattan, in Maine, a farmhouse in upstate New York and an estate in Westchester — have been sold in a separate process, with the proceeds also going to charity. David Rockefeller Jr., who purchased the farm from his father's estate, said that as much he and the family will miss the properties and artwork, he's happy they will be sold to fund important causes.

"This is a grand recycling if you want to think of it that way," he said.

Beyond just a sale, however, the Rockefeller Collection is also a window into the gilded lives of one America's richest and most private dynasties. No other name in America symbolizes great wealth and refinement like the Rockefellers.

More than a century after John D. Rockefeller became America's first billionaire, the family — now entering their seventh generation — remains a powerful force in philanthropy and culture. As a measure of their continued stature, the Rockefeller name can add a premium of 50 percent or more on works of art and collectibles.

A Rothko painting owned by David Rockefeller, which became known as the "Rockefeller Rothko," sold in 2007 for nearly $73 million — an 80 percent premium over the expected sale price of more than $40 million.

David's home in Westchester, called Hudson Pines, which was listed for $22 million, just sold after fierce bidding war for $33 million.

Indeed, for the mass of new rich today, owning a piece of the Rockefellers carries special status.

"Buyers have that sense that they're buying stories and buying taste and buying something homey as well as something very beautiful," he said.

David Jr. said his parents followed specific rules when it came to collecting. They had a veto system where they wouldn't buy something unless they both liked it. They looked for the highest quality works, even if they were the most expensive. And they prized diversity, looking for works from a wide variety of artists from different cultures.

But their overriding criteria was beauty.

"Beauty was very important to them," David Jr. said. "A work that was fascinating but troubling probably wouldn't make the cut in terms of anything they had in their home."................