American writer and producer developed a number of well-known series and had a profound influence on the modern TV drama
Steven Bochco, the writer who created some of America's best-known TV police dramas, has died aged 74.

A family spokesman said he died in his sleep, several years after being diagnosed with a rare form of leukaemia.
Born in Manhattan, New York, to a painter and a concert violinist, Bochco travelled to LA after college where he wrote for several series at Universal Studios.
His break came when he wrote the screenplay for 1972 sci-fi film Silent Running, however Bochco later said the disrespect he encountered as a writer in Hollywood put him off writing for the big screen again.
"Once you've delivered the screenplay they don't want you around, because you're gonna get in the way of someone else's vision," he said. 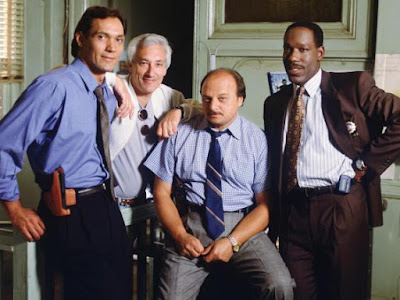 He went on to become a leading entertainment industry figures who helped define modern TV drama, thanks to his work on series including Hill Street Blues, LA Law and NYPD Blue.
He was nominated for 30 Emmy awards and won 10 of them, while his cop show Hill Street Blues won a further 26 over seven series; lauded for its universe of memorable, often-flawed characters, its fast pace and documentary style shots.
What made it stand out from other dramas of its time, however, was how each episode was linked to those that aired before and after; with the exception of some prime-time soap operas, almost every TV series before Hill Street Blues used freestanding episodes.
Associated Press reports how Bochco recalled a fan telling him that his show was the first TV show with a memory.

"That's what I always thought of myself doing in the context of TV: craft a show that over time would have a memory," he said in an interview two years ago. "I sensed that very early in my career. It just took me another 10 or 12 years to get to the point where I earned the right to take a shot at it."