ART COLLECTING IS IN HIS BLOOD. LORNE THYSSEN-BORNEMISZA 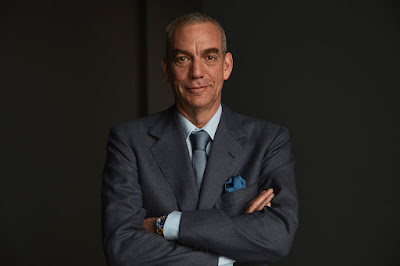 Lorne Thyssen-Bornemisza comes from one of Europe’s most famous art-collecting families and he has his own gallery, Kallos, in London, which specializes in antiquities. Kallos is making its debut as a full-fledged exhibitor at Tefaf Maastricht this year.CreditCreditKallos Gallery
By Farah Nayeri

LONDON — Lorne Thyssen-Bornemisza comes from one of Europe’s most famous art-collecting families: A museum in Madrid bears his family name. That institution, the Museo Nacional Thyssen-Bornemisza opened in 1992, when Spain bought the family’s collection of works by masters including Dürer, Caravaggio, Rubens, Monet and van Gogh. The collection, said to have been rivaled in Europe by only that of the queen of England, was established by a dynasty of industrialists who made a fortune in shipbuilding, coal, steel and iron.

Mr. Thyssen-Bornemisza, 55, a collector of Roman coins and antiquities, opened the Kallos Gallery in London’s upscale Mayfair district in 2014 and specializes in Greek but also Roman, Egyptian and Near Eastern antiquities. Having been offered a small stand in the Showcase sidebar section of Tefaf Maastricht last year, Kallos is this year making its debut as a full-fledged exhibitor and will be showing items including a marble portrait head of the Roman Emperor Hadrian and an Egyptian alabaster canopic jar that once contained the organs of a high-ranking priest, removed during mummification.

The following conversation has been edited and condensed.

It’s the gold standard — the best fair in the world. Typically, most dealers make over 50 percent of their annual turnover in their 10 days at Maastricht. Everybody hoards their best pieces for Maastricht, and that’s what we’ve done.

How did the family collection come about?

The collection started because my great-grandfather, who was a successful entrepreneur and not from a noble family, absolutely adored [the French sculptor Auguste] Rodin’s work and commissioned six pieces. He then went on to build up the old master collection. My grandfather continued the collection and took it up to about the 18th century. His famous directive to my father was: “You can collect up to the 18th century, but the 19th century is suspect, and the 20th century is rubbish.”