Beyond the nostalgia that colors how we think about classical Hollywood films, there is also what critic Parker Tyler once described as its “monstrous and pernicious” influence on society and culture. And since relations between female and male characters figure heavily in virtually all of the studio system’s feature films and promotional materials, now more than ever it’s worth looking closely at the different ways gender roles and behavior were portrayed. 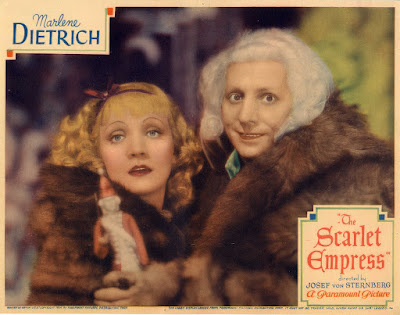 What Price Hollywood presents a wide range of movie posters, from the silent era through the 1960s, that epitomize the Hollywood marketing machine’s deployment (and occasional subversion) of masculine and feminine stereotypes. The exhibition highlights ways in which these graphic and photographic representations shaped—and continue to shape—the moviegoing public’s understanding of romance and sexuality; how the studios’ formulaic use of body language between male and female performers defined “standard” couplings; and how certain genres allowed subversive female agency and queer perspectives to sneak into poster art.
Along with the poster exhibition, a film series reveals how Hollywood manipulated erotic imagery onscreen, and how subtle, empowering performances by Barbara Stanwyck, Louise Brooks, Marlon Brando, and Gloria Grahame simultaneously upheld gender norms and hinted at alternative models of sexual identity.
Organized by Ron Magliozzi, Curator, and Brittany Shaw, Curatorial Assistant, Department of Film.
Accompanied by the film series What Price Hollywood
Support for the exhibition is provided by the Annual Film Fund. Leadership support for the Annual Film Fund is provided by the Kate W. Cassidy Foundation and Steven Tisch, with major contributions from Jo Carole and Ronald S. Lauder, Association of Independent Commercial Producers (AICP), Yuval Brisker Charitable Foundation, The Brown Foundation, Inc., of Houston, Marlene Hess and James D. Zirin, Karen and Gary Winnick, and The Junior Associates of The Museum of Modern Art.