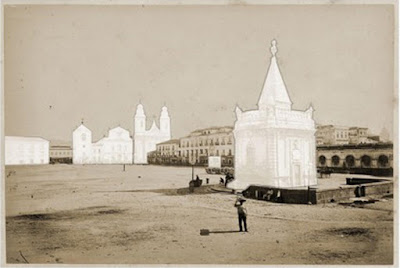 On the heels of last year’s grantmaking in support of languishing works of historic Modernist architecture, this week the Getty Foundation announced four new grants concerned with the digital mapping of cultural heritage sites in Italy, Brazil, and Turkey. All four grants are being made to universities, and each of the four projects will create or expand a GIS (Geographic Information System) platform to synthesize geographic, cultural, and archival data.
Two of the projects are based in Italy: one by the University of Massachusetts Amherst, in collaboration with the Institute for the Study of the Ancient World at New York University, to complete a three-year project titled the Pompeii Artistic Landscape Project (PALP); the other is a two-year project by the University of Exeter that will “integrate elements of three existing platforms to construct a layered and interactive view of the art and architecture of Renaissance Florence.” These programs have received grants in the amounts of $245K and $230K, respectively.
Meanwhile, Stanford University is set to receive $220K for the digital mapping project Living Archive of Çatalhöyük, which seeks to consolidate 25 years worth of archeological excavations led by the university at the UNESCO World Heritage Site of Çatalhöyük in Turkey, “a large Neolithic settlement that flourished around 7000 BC.” In addition to presenting the data collected over two decades as a GIS web application and database for archeologists, art historians, and the general public to explore, the university intends to release the web application source code as open access software.
Finally, the Humanities Research Center (HRC) at Rice University will collaborate with the Instituto Moreira Salles (IMS) in Rio de Janeiro on a two-year project with $216K in grant funding, to digitally integrate historical photography and cartography into a platform that charts changes in the city’s landscape and topography over time. The project, titled imagineRio, will digitize and incorporate 4,000 photographic views of Rio de Janeiro from the 19th and 20th centuries. According to the press release, “the project contributes to the understanding of the evolution of Rio de Janeiro and its built environment, and by extension other cities, through the integration of their photographic and cartographic heritage.” The project will also develop new models to generate a 3D version of imagineRio from archival data and digitized historical photographs. 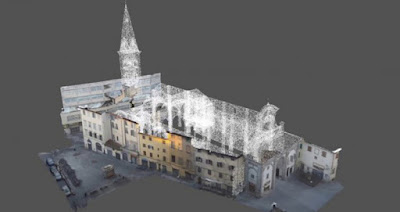 Virtual 3D reconstruction of San Pier Maggiore, by Donal Cooper in collaboration with The National Gallery and to be incorporated in Immersive Florence, supported by the Getty Foundation as part of its Digital Art History initiative. Image courtesy Faculty of Architecture and History of Art, University of Cambridge, Miguel Santa Clara and National Gallery, London.

With almost $1 million in grant funding earmarked for these digital mapping projects, Getty Foundation demonstrates its commitment to preserving cultural heritage through the strengthening of both physical and virtual infrastructure. By seeking to incorporate digital reconstructions in the form of three-dimensional models and augmented reality, several of the projects intend to create models that will “provide an enhanced understanding of the historical fabric of spaces, structures and artworks.”

“Technology is truly an area that benefits from collaboration, so we’ve brought this approach to our grantmaking,” said Joan Weinstein, acting director of the Getty Foundation, quoted in their press release. “Funding scholars who work together in a common area, in this case digital mapping, can help them learn from one another and push the whole field forward.”

UNESCO currently lists 1,092 locations as World Heritage sites, 845 of which are classified as “cultural.”