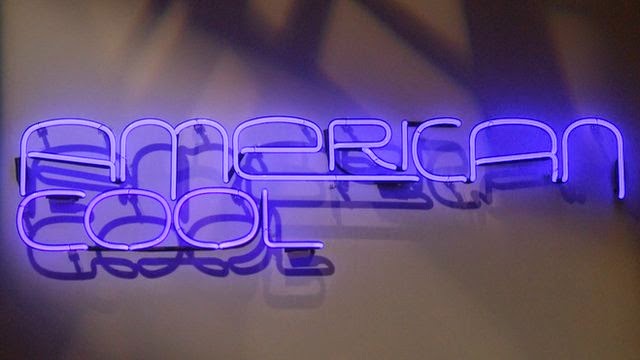 What do we mean when we say someone is cool? To be cool means to exude the aura of something new and uncontainable. Cool is the opposite of innocence or virtue. Someone cool has a charismatic edge and a dark side. Cool is an earned form of individuality.

Each generation has certain individuals who bring innovation and style to a field of endeavor while projecting a certain charismatic self-possession. They are the figures selected for this exhibition: the successful rebels of American culture.

The legendary jazz saxophonist Lester Young created the modern usage of “cool” in the 1940s. At first it meant being relaxed in one’s environment against oppressive social forces, but within a generation it became a password for stylish self-control.

This exhibition does not reflect our opinion of who’s cool. Each cool figure was considered with the following historical rubric in mind and possesses at least three elements of this singular American self-concept: Every individual here created an original persona without precedent in American culture. These photographs capture the complex relationship between the real-life person, the image embraced by fans and the media, and the person’s artistic work.

What does it mean when a generation claims a certain figure as cool? What qualities does this person embody at that historical moment? “American Cool” explores these questions through photography, history, and popular culture. In this exhibition, cool is rendered visible, as shot by some of the finest art photographers of the past century.
What do we mean when we say someone is cool? Cool carries a social charge of rebellious self-expression, charisma, edge and mystery.
Cool is an original American sensibility and remains a global obsession. In the early 1940s, legendary jazz saxophonist Lester Young brought this central African American concept into the modern vernacular. Cool became a password in bohemian life connoting a balanced state of mind, a dynamic mode of performance, and a certain stylish stoicism. A cool person has a situation under control, and with a signature style. Cool has been embodied in jazz musicians such as Miles Davis and Billie Holiday, in actors such as Robert Mitchum, Faye Dunaway, and Johnny Depp, and in singers such as Elvis Presley, Patti Smith, and Jay-Z. “American Cool” is a photography and cultural studies exhibition featuring portraits of such iconic figures, each of whom has contributed an original artistic vision to American culture symbolic of a particular historical moment. They emerged from a variety of fields: art, music, film, sports, comedy, literature, and political activism. “American Cool” is the zeitgeist taking embodied form.

“American Cool” is captured by a roll call of fine-art photographers from Henri Cartier-Bresson to Annie Leibovitz, from Richard Avedon to Herman Leonard to Diane Arbus.
This exhibition is accompanied by an illustrated catalogue with essays by Joel Dinerstein, the James H. Clark Endowed Chair in American Civilization and Director of the New Orleans Center for the Gulf South at Tulane University, and Frank H. Goodyear III, co-director of the Bowdoin College Museum of Art and former curator of photographs at the National Portrait Gallery.

American Cool has been made possible by the generous support of HISTORY®. Additional support provided by Peter and Rhondda Grant, and by the Edgar P. Richardson Fund.
Publicado por alicia perris en 13:17