Posted by Makiko Wholey, Assistant to the Publisher, Department of Publications 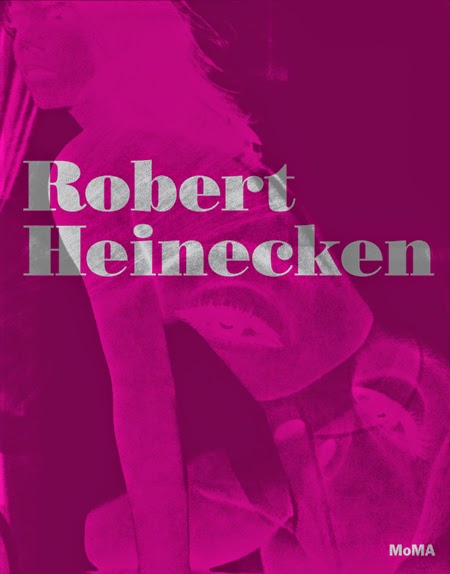 Robert Heinecken: Object Matter, the first retrospective since the artist’s death in 2006, contains over 100 photo-based works created by Heinecken between 1962 and 1999. Heinecken was best known for working in the medium of photography and with manipulating images, but surprisingly, he seldom used a camera, instead utilizing existing materials such as books, popular magazines, television, and stock pornographic photographs. Heinecken translated photographic materials and processes, resulting in an eclectic array of work: sculpture, collage, transparency, and videograms, to name a few. By challenging the norms of both photography and commercial media, he was able to experiment within both forms and to create his own entirely original and stimulating works. 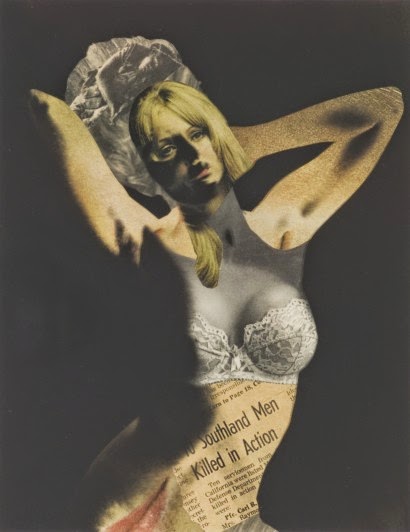 Throughout his career Heinecken taught at various universities (Heinecken founded the photography program at UCLA) and was published in several journals and books. His writings are featured in a section of the exhibition catalogue. Ranging from 1960s to 1980, they clearly state his creative philosophies and approach to photography as a medium. From “Statements About Work,” c. 1963:
“An aspect of the work has to do with altering the literal/cultural meaning of existing public images by making minimal changes and additions. Using superimposition, juxtaposition and other contextual changes, I am functioning as a visual guerrilla.” 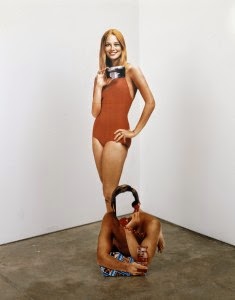 Heinecken transformed commercial magazines and images in order to give them fresh (and often controversial) meaning. In 1969, Heinecken began his project of subtly altering Time magazines and surreptitiously placing them back on newsstands and in dentist-office waiting rooms. By rejiggering aspects of the existing images and text, he created something entirely new and singular, at odds with its origin, a mass-circulated commercial periodical. Following Heinecken’s alterations, the content cannot be easily digested; it requires a second look and a second thought. His work both parodies the source material, but also earnestly understands it for what it is. Like many contemporary artists, he cited Marcel Duchamp as his hero, “because he took nothing seriously but everything seriously.”