HOW JAPAN HAS INSPIRED WESTERN ARTISTS, FROM THE IMPRESSIONISTS TO TODAY

Katherine Whatley
Japanese art has long been a source of fascination and inspiration for Western artists. From the 17th century onwards, Dutch imports of East Asian objets d’art created a frenzy among wealthy Europeans for exotic silks, ceramics, and other treasures. The Dutch had an exclusive trade agreement with Japan during this period, but when American commodore Matthew Perry entered Edo Bay with warships in 1853, he forced an end to the country’s 250 years of near-isolation, fully opening it up to trade with the West. 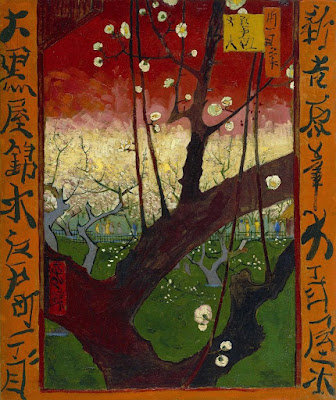 An influx of Japanese art, textiles, and other objects quickly flooded the U.S. and Europe. At the 1867 World’s Fair in Paris, Japan exhibited a wide range of decorative objects and art, including bronzes, brush paintings, textiles, ceramics, and the popular ukiyo-e woodblock prints. In attendance was an emerging group of avant-garde artists, soon to be known as the Impressionists. 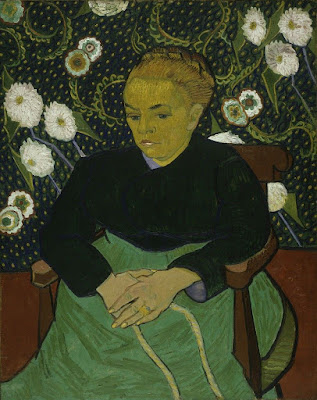 They were awed by what they saw and took special note of the ukiyo-e prints, which many of them voraciously collected. The motifs and techniques they observed in the prints—a focus on nature and everyday scenes, as well as compositional methods of extreme cropping, unusual vantage points, and depth created through broad planes of color instead of point perspective—greatly influenced their own work. By 1872, a new term was coined to describe the craze for all things Japanese: Japonisme.
Japanese aesthetics and culture have continued to influence artists, from the Arts and Crafts movement to Abstract Expressionism

Abstract Expressionism
“It seems to me that the modern painter cannot express this age, the airplane, the atom bomb, the radio, in the old forms o…
Follow
This is a new feature.
Tell us what you think.
to the internet-influenced present. Below are six artists spanning three centuries whose work has taken inspiration from Japan.
One Impressionist particularly inspired by the Japanese art entering Europe was Vincent van Gogh. Along with his brother Theo, Van Gogh amassed a huge collection of ukiyo-e prints, many of which he hung around his studio. The artist incorporated Japanese styles into his work in several ways. Some paintings are near copies of these prints: Japonaiserie: Flowering Plum Tree (1887), for instance, is directly inspired by late ukiyo-e master Utagawa Hiroshige’s Plum Garden at Kameido (1857).
The stylistic features of Japanese prints permeated almost all of Van Gogh’s later output, even works without obvious thematic references. Take, for example, his 1889 portrait Madame Roulin Rocking the Cradle. The picture plane is flat; depth is created by fields of color, not shadows or Western point perspective. In addition, the image awkwardly crops the sitter’s legs, a novel compositional technique gleaned from ukiyo-e.
More than 100 years on, however, the Impressionists and their connection to Japan have become points of contentionfor Asian American activists, who have brought to light the unequal cultural exchange between them and the tendency of Western artists to exoticize Asians as “other,” even as they appropriated Japanese techniques and ideas…………