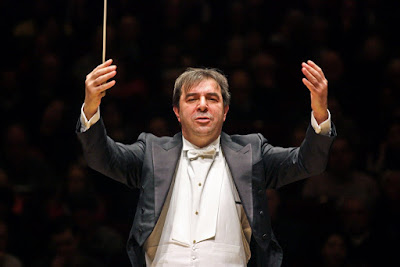 Daniele Gatti at Carnegie Hall in 2015. The Royal Concertgebouw Orchestra of Amsterdam announced on Thursday that it had fired the Italian maestro, who was its chief conductor, “with immediate effect.”CreditHiroyuki Ito for The New York Times

One of the world’s leading orchestras fired its chief conductor on Thursday after he was accused of sexual misconduct: The Royal Concertgebouw Orchestra of Amsterdam announced that it had terminated the Italian maestro Daniele Gatti “with immediate effect.”

Mr. Gatti is the latest in a series of major conductors forced out after accusations of sexual misconduct or abuse, following the Metropolitan Opera’s dismissal of its music director emeritus, James Levine, and several major orchestras severing their ties with the Swiss conductor Charles Dutoit. Mr. Gatti took the helm of the Concertgebouw in 2016 after leading the Orchestre National de France.

The allegations against Mr. Gatti surfaced on July 26, when The Washington Post reported that two sopranos who had worked with him said that he had tried to push himself onto them.

One, Alicia Berneche, told the paper that Mr. Gatti offered her a coaching session on her first day on a program for young artists at the Lyric Opera of Chicago in 1996, when she was 24, but that once in his dressing room she found “his hands on my rear end, and his tongue down my throat.”

The other, Jeanne-Michèle Charbonnet, told The Post that Mr. Gatti had tried something similar with her four years later when she was singing in Wagner’s “The Flying Dutchman” in Bologna, Italy. After she pushed him off, she said, the company never rehired her.

The Concertgebouw Orchestra said in a statement that “since the publication of the article in The Washington Post, a number of female colleagues of the Royal Concertgebouw Orchestra reported experiences with Gatti, which are inappropriate considering his position as chief conductor” and added that “this has irreparably damaged the relationship of trust between the orchestra and the chief conductor.”
It said it would find replacements to conduct his planned concerts.

A lawyer for Mr. Gatti, Alberto Borbon, said in a statement after the firing was announced Thursday that Mr. Gatti had asked him to inform the media “that he is extremely surprised and that he firmly denies all sorts of allegations.”

“The Maestro has asked his lawyers to protect his reputation and to take all needed actions should this smear campaign continue,” Mr. Borbon said.

Mr. Gatti was considered a rising star. In 2013 he conducted a new production of Wagner’s “Parsifal” at the Metropolitan Opera, starring the tenor Jonas Kaufmann, from memory. In his review in The New York Times, Anthony Tommasini said that Mr. Gatti drew diaphanous, if sometimes slow playing from the orchestra, writing that “at his best he was inspired, and his immersion in the piece is palpable.”

The Post reported earlier that Mr. Gatti had issued an apology “to all the women I have met in my entire life” after its article detailing the allegations ran.

“To all the women I have met in my entire life, especially those who believe I did not treat them with the utmost respect and dignity they certainly deserve, I sincerely apologize from the bottom of my heart,” he told the paper.

It said that he added: “Today and moving forward, I plan to focus much more on my behaviors and actions with all women. This includes women both young and old, to be sure no woman ever feels uncomfortable ever again, especially women that I work with in my profession in classical music. I am truly sorry.”